WASHINGTON – The Iowa AFL-CIO said Wednesday that workers across the country are spearheading local efforts to raise wages in the US. 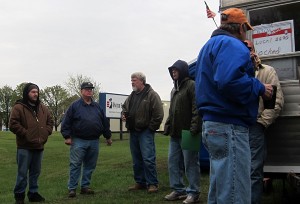 In addition to the growing effort to raise the federal minimum wage to $10.10 an hour, working families across the country have been leading movements to raise wages at the state and local level.

The federal minimum wage has remained $7.25 an hour since 2009 and wages for tipped workers have been frozen at $2.13 an hour since 1991. Against that backdrop, workers, often led by local labor movements, are moving their own efforts to increase the minimum wage in several states, even where the state minimum wage is higher than the national. Coalitions across the country are working to raise wages in a variety of forms, some examples of local movements to raise wages are listed below:

Alaska: Over 43,000 signatures were collected in support of a ballot initiative to raise the minimum wage to $9.75 over two years, with an annual adjustment for inflation. Alaskans will vote on the initiative in August.

Arkansas: A coalition including labor and community group are campaigning for a ballot measure that would eventually raise the minimum wage from $6.25 to $8.50 in steps over the next three years.

Connecticut: Labor groups applauded Governor Dannel P. Malloy’s proposal to increase the state minimum wage to $10.10 an hour. Student and community groups have testified in support of the bill as it makes its way through the legislative process. The bill would include tipped workers.

Iowa: Sen. Tom Harkin is the author of the federal legislation, and workers in his home state are also pushing for a bill to increase the state minimum wage to $10.10 an hour. Community members have adopted the cry, “We can’t survive on $7.25!”

Idaho: Labor and community groups have joined together to spearhead a push to raise the minimum wage through the legislature in Idaho. The state has the highest percentage of minimum wage workers in the country.

Los Angeles: The Raise L.A. campaign is focusing on raising the wages of hotel workers to $15 an hour. The Los Angeles County Federation of Labor has invited Pope Francis to come to L.A. to help champion economic equality for low wage workers.

Minnesota: An active coalition of faith, labor, and community organizations is working to pass a bill to raise the state minimum wage to $9.50 by 2015 with future increases indexed to inflation. In February, Working America held their Minimum Wage Challenge Week, in which five lawmakers struggled to live on minimum wage for a week.
Missouri: A bill to increase the minimum wage to $10 an hour is currently active in the state senate. Low wage and tipped workers organized to turn out and testify at a critical hearing, helping the bill pass out of committee.

Pennsylvania: A coalition of labor unions, clergy, community and women’s organizations gathered at the state capitol just this week to launch the campaign to raise Pennsylvania’s minimum wage to $10.10 an hour. Bills are currently pending in the state legislature. The coalition plans an aggressive grassroots mobilization to make minimum wage a center issue in the fall elections.

Seattle: Workers and community members in Seattle are aiming to replicate the success of neighboring SeaTac with an effort to raise the minimum wage to $15 an hour across the city. Washington State has the highest minimum wage in the country at $9.19 an hour. Hundreds have turned out to rallies and city council meetings to show their support for the measure.

South Dakota: The South Dakota AFL-CIO along with working families succeeded in getting a minimum wage increase on the ballot that will be voted on in November. The measure would raise the minimum wage from $7.25 to $8.50 and increase annually based on cost of living – it would also include an increase for tipped workers.