MASON CITY – A Mason City woman who received a deferred judgement in a felony theft case has been charged for a second time with violating the terms of her probation.

Sara Jean Ramon, age 23, was arrested by police on February 28th at a Mason City residence. She had been wanted since February 21st, after a judge posted a warrant for her arrest in reaction to a Department of Corrections report stated that Ramon had violated her probation related to a felony case for a second time.

Ramon posted a $2,000 cash bond the day she was arrested and was released from jail. She awaits a March 12th court hearing for the probation violation.

Judge Gregg Rosenbladt handed down a deferred judgement with two years of probation for Ramon in a 2012 burglary case. She faced a hearing on the probation revocation on March 1, 2013 and was found guilty. She was given 999 days of probation and 17 days in jail for that infraction. 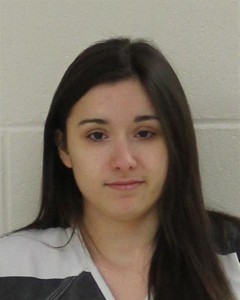