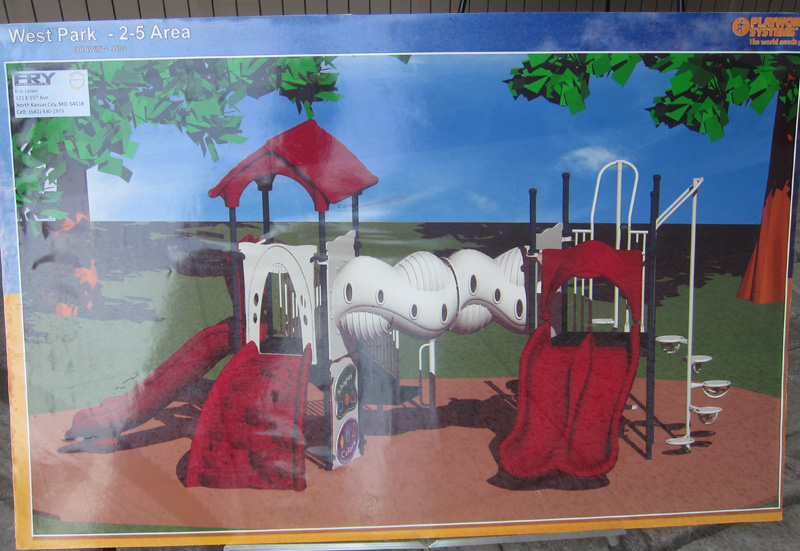 MASON CITY – A new playground set – and perhaps two – can be Mason City’s this summer with your help. At this time, Mason City leads by a handful of votes.

Sarah Swegle of Mason City has spearheaded a drive to bring the playground equipment to Mason City by raising funds privately and now through an online contest that anyone can participate in.

So far, Swegle – with the help of the Friends of Parker’s Woods – has been working with the Park Board of Mason City to raise $150,000 for two modern, unique, and safe playground sets for Parker’s Woods Park (A.K.A. West Park).

There is chance that Mason City can win the 2-5 year old play set now instead of waiting a year. Parker’s Woods Park is 1 of 3 finalists in the Playworld Systems “Write to Play” contest on Facebook to win an early childhood play set.

The contest is very simple to participate in on Mason City’s behalf; it simply takes “votes” at the Playworld Systems Facebook page. To help Mason City win, follow these steps:

– To vote, go to Playworld Systems Facebook page
– Look for the “Write to Play” contest
– Vote in the early childhood playground contest for Parker’s Woods Park (Mason City, Iowa)
– Anyone is eligible to vote for Mason City; you do not have to live in Mason City to vote
– It is important to vote once daily from July 1 through July 16th