MASON CITY – A representative of Highway 18 LLC – the owner of the Historic Warehouse in Mason City that suffered a wall collapse back in June – offered the following update on the matter to NIT to provide to the community:

The City of Mason City has gone out of its way to impugn the reputation of Highway 18 LLC by publicly implying the delay to make repairs is solely its fault. Said implication is false. On a day during the second week of July, during an in-person meeting with Curt Suave and Dave Randall, a masonry contractor, a 2-page drawing and oral proposal was given to Mr. Suave, showing and describing a plan to reinforce the two 45 degree parapet wall junctions with steel, on the northwest wall of the warehouse. So far, no response from the anyone at or on behalf of the City of Mason City has been received regarding this plan.
Meanwhile since June, the City of Mason City has made many demands of Highway 18 LLC. Most of these repair demands are for cosmetic defects or for decades-old reinforcement features that are and remain stable and have nothing to do with any legitimate safety concern of the structure.

Highway 18 LLC wants to work with the City of Mason City, and will gladly do so once the City ceases making unreasonable demands.

Unreasonable demands from governmental entities make working with governments difficult. When those unreasonable governmental demands follow government- contract-caused damage to property, the entire situation becomes extremely frustrating.
Highway 18 LLC believes that the damage to its property, and part of the reason why the east parapet wall collapsed, is directly related to the reconstruction of highway 122 in 2018. During said reconstruction project, on August 14, 2018, eleven events were recorded that exceeded the project vibration limit. Review of the waveforms indicated that this was likely caused by pavement demolition, occurring in close proximity to the west wall of the warehouse. 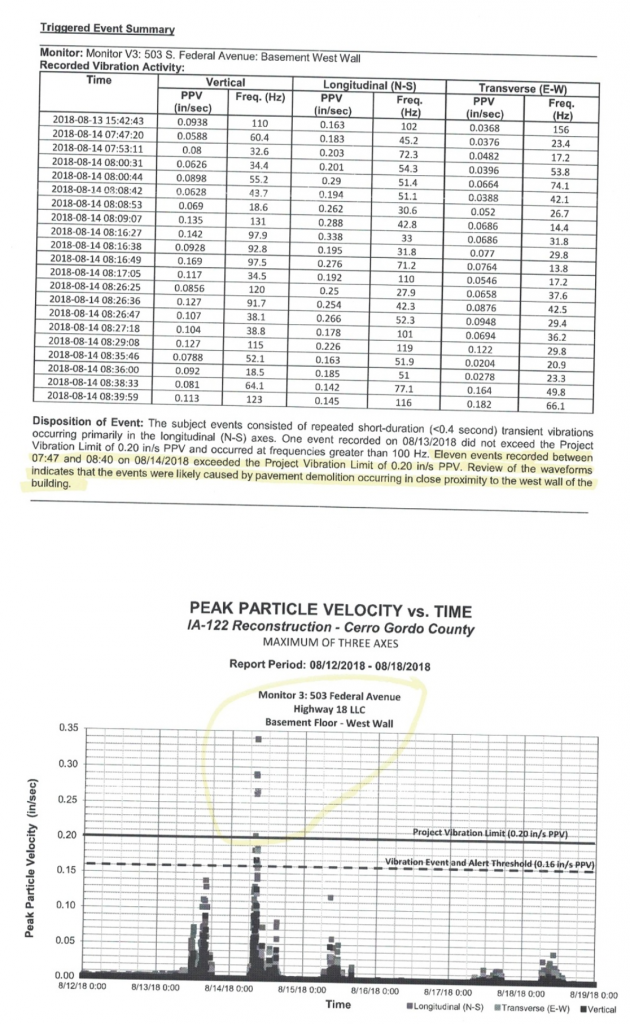 When this report was received, an inspection of the west basement wall of the warehouse on August 21, 2018 showed that fragments of concrete had been dislodged and were laying on the basement floor next to the subject wall. 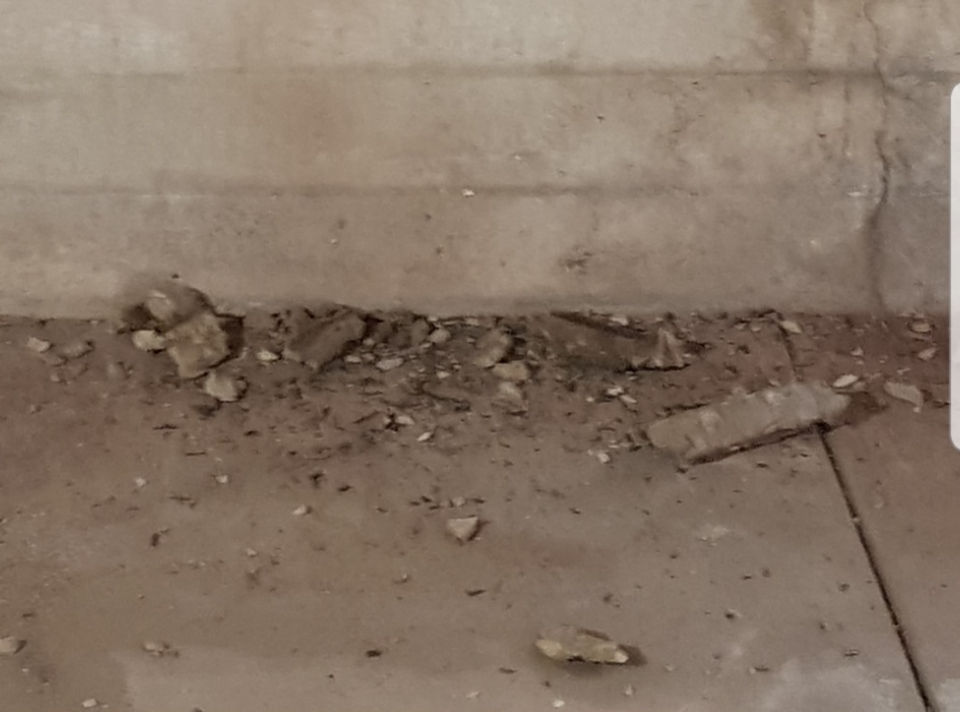 There was also damage to the Color Couture Salon building, across the street from the warehouse. 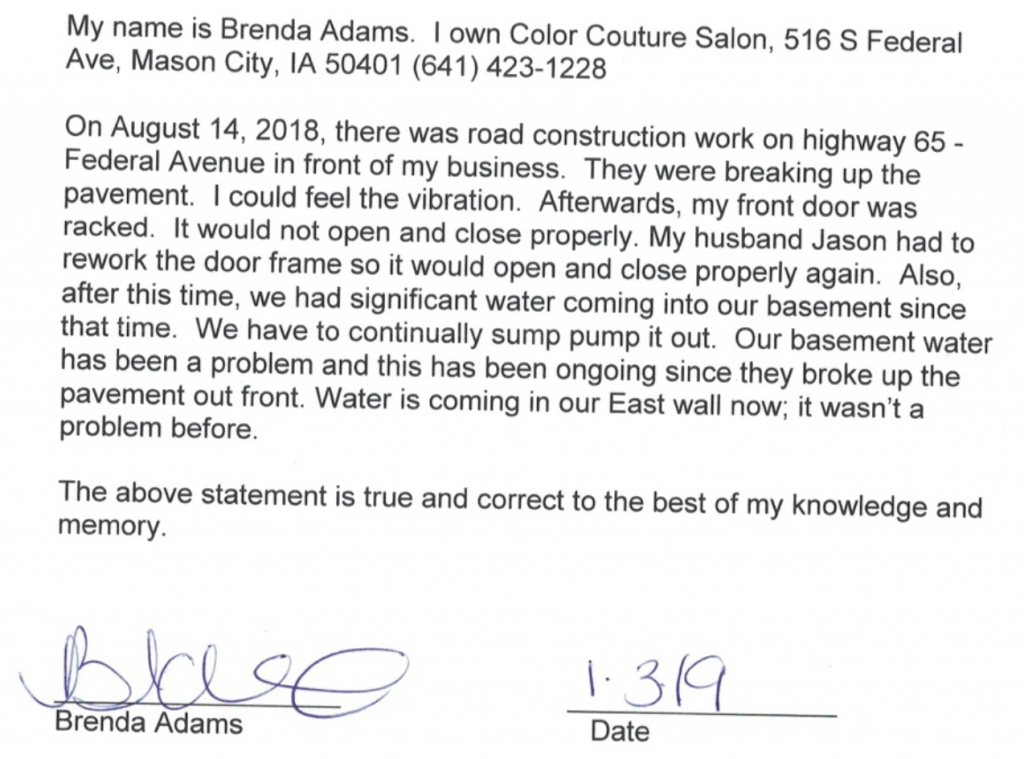 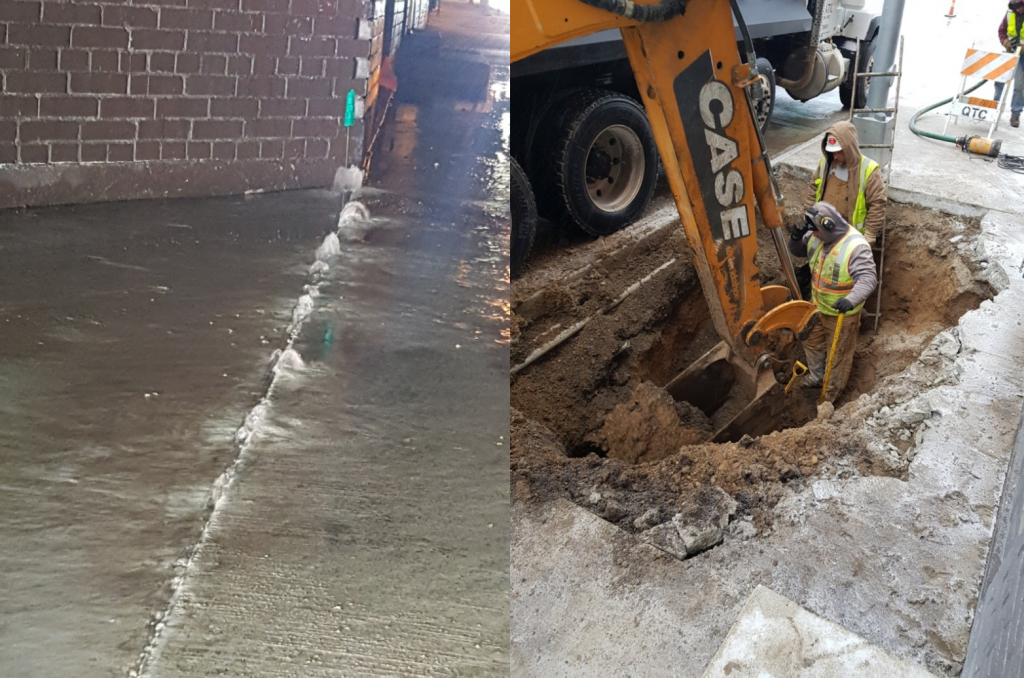 Emergency water main repair December 2018, west wall of warehouse on Highway 65, 4 1⁄2 months after the reported out of limits vibration during pavement demolition.

Color Couture Salon’s water main finally ruptured this summer, requiring additional road closure on highway 65 for repair.
Not surprisingly, no governmental entity has accepted any responsibility for the 2018 property damage.