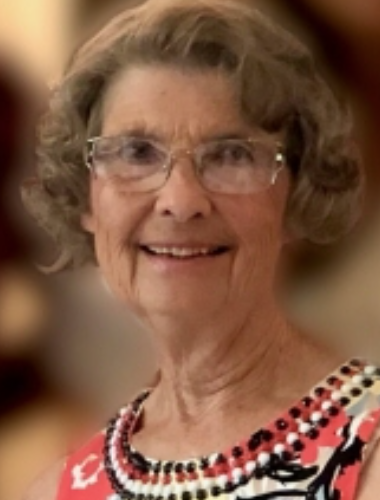 A funeral service for Shirley Ripley will held at 2:00 p.m. on Thursday, September 22, 2022 at Saint John Evangelical Lutheran Church in Charles City with Erik Hoefer officiating. Burial will be at Sunnyside Memory Gardens in rural Charles City.

Visitation will be from 12:30 p.m. until the start of the service at the church on Thursday.

Shirley, the daughter of Raymond and Doris (Langerud) deMerritt, was raised in Charles City, Iowa, and graduated from Charles City High School. Shirley and her first husband, William Kreimeyer, were blessed with five children. After Bill’s death in 1981, God brought Shirley and Dave Ripley together in 1982. Shirley and Dave were married for 40 fabulous years. They moved to Riceville, Iowa, after eight years and then moved back to Charles City upon their retirement in 2008.

Shirley was very energetic and full of life! Her priorities in life were to serve God as a dedicated wife, mother, and grandmother. She was a life-long member of Saint John Evangelical Lutheran Church where she faithfully taught Sunday school, sang in the choir, participated in mission work, served weekly luncheons, and prepared funeral meals. She loved cooking, sewing, knitting, and gardening, and playing Bridge. Shirley and Dave enjoyed traveling and exploring both the U.S. and the world, participating in NIVA car club, and dancing the night away. One of their biggest projects were designing and building two of their homes.

In addition to her first husband, William Kreimeyer, Shirley was preceded in death by her two brothers: Minerd and Tom deMerritt.

In lieu of flowers, memorials may be made to Saint John Evangelical Lutheran Church in Shirley’s name.