CEAR RAPIDS – A man who sold three deadly doses of opioids in April and May of 2019 was sentenced to 35 years in federal prison.

Travis Gordon Jones, age 40, from Dubuque, Iowa, received the prison term after a July 29, 2020 guilty plea to one count of conspiring to distribute controlled substances resulting in death.

At the plea hearing, Jones admitted that he conspired with others to distribute the opioids in Dubuque in April and May 2019. Jones also admitted that he personally sold mixtures of heroin, fentanyl, and a synthetic opioid called valeryl fentanyl that were used by three individuals who then died of overdoses. Court records reflect that the first victim died on April 24, 2019. A heroin customer of Jones’s met with Jones at a bar in Dubuque, after which Jones sold the customer approximately 1.25 grams of a substance that contained heroin, fentanyl, and valeryl fentanyl. The customer then provided the drugs to the first victim, who took them home, used some of them, and was found dead a few hours later.

The second victim died on May 20, 2019. Court records reflect that Julius Irvin was a regular customer of Jones’s, and that he regularly purchased heroin from Jones for himself and others. On May 19, 2019, Jones sold Irvin some heroin laced with fentanyl and valeryl fentanyl, which Irvin was going to provide to one of his customers. The customer took some of the substance to a local women’s shelter in Dubuque, where she had been staying. She used the substance, overdosed, and was found dead by shelter staff the next morning.

Jones was sentenced in Cedar Rapids by United States District Court Judge C.J. Williams. Jones was sentenced to 420 months’ imprisonment. He was ordered to make $21,044.60 in restitution to the victims. He must also serve a six‑year term of supervised release after the prison term. There is no parole in the federal system.

Jones is being held in the United States Marshal’s custody until he can be transported to a federal prison. 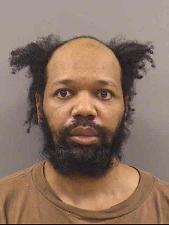