This news story was published on March 23, 2021.
Advertise on NIT • Subscribe to NIT

Iowa makes its second consecutive Sweet 16 appearance, taking on the winner of the UConn vs. Syracuse game.

As a whole, the Hawkeyes shot 57.4 percent from the field, shooting 35-of-61.
In the first half, freshman Caitlin Clark outscored Kentucky 24-22. Kentucky’s 22 points are the fewest the Hawkeyes have allowed in a half this season.

Clark’s six 3-pointers are the most all-time by a Hawkeye in a NCAA Tournament. The previous record was five set by four Iowa student-athletes, including Theairra Taylor (vs. Marist, 2014), Jaime Printy (vs. Gonzaga, 2011), and Arneda Yarbrough, twice (vs. Mount St. Mary’s, 1994; vs. Alabama, 1994). 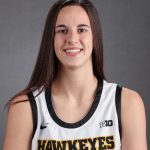 Clark’s 35 points are the most Hawkeye points in a NCAA Tournament. Tangela Smith held the previous record with 32 points against UMass during the 1998 tournament.

Former Mason City Mohawk Megan Meyer played 4:33 of the game and called 0 points and an assist.

Up Next: The Hawkeyes’ next stop is the 2021 NCAA Tournament Sweet 16, taking on the winner of the UConn vs. Syracuse game. Date, tipoff and TV designation are yet to be set. 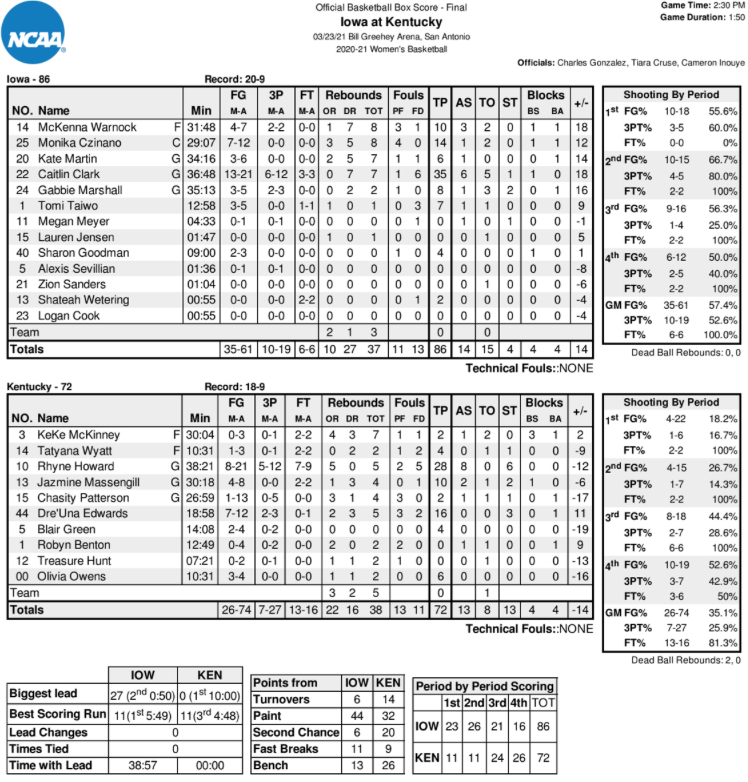