This news story was published on March 5, 2021.
Advertise on NIT • Subscribe to NIT

Iowa has won six of its last seven games.

The Hawkeyes have held seven of the last eight opponents to fewer than 70 points.

Jordan Bohannon finished tonight’s contest with a season-best 26 points, netting 20+ points for the 20th time in his career and third time this season. Bohannon tied a career high with eight 3-pointers (at Maryland, 2017). Bohannon’s scoring totals from tonight move the redshirt senior past Dean Oliver and in a tie with Adam Haluska for 11th in career scoring at Iowa.

Iowa drained 16 triples, its second highest total in a game this season (17 vs. North Carolina).

No. 5 Iowa will host 25th-ranked Wisconsin in its home finale on Sunday. Tipoff is scheduled for 11:31 a.m. (CT) on Mediacom Court at Carver-Hawkeye Arena in Iowa City, Iowa. 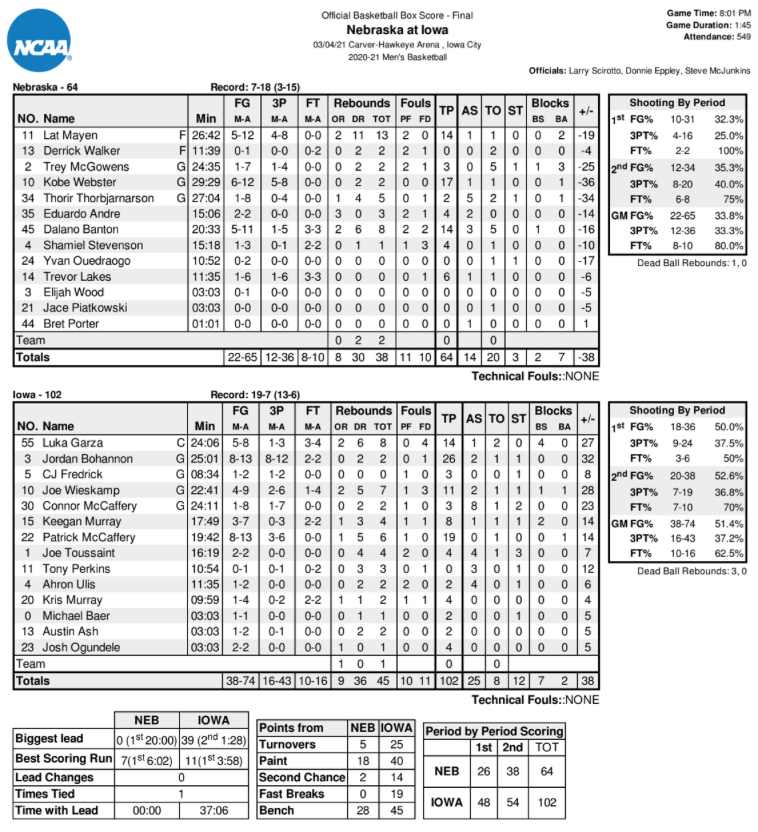