Rocky Truax, age 34, from Cedar Falls, Iowa, received the prison term after an October 1, 2020 guilty plea to being a felon in possession of a firearm.

At the plea and in the sentencing hearing, evidence showed that Truax was involved in a traffic stop on December 11, 2019, which resulted in the seizure of a handgun with a partially obliterated serial number, and a quantity of methamphetamine. On March 6, 2020, Truax led Waterloo police officers on a high-speed chase on Highway 218 in which he reached speeds of 80-mph in a 45-mph zone while driving on the wrong side of a divided highway. The chase ended when Truax crashed his car. A subsequent search of Truax’s home resulted in the seizure of another firearm and stolen property.

Truax was sentenced in Cedar Rapids by United States District Court Judge C.J. Williams. Truax was sentenced to 84 months’ imprisonment and must also serve a three-year term of supervised release after the prison term. There is no parole in the federal system.

Truax is being held in the United States Marshal’s custody until he can be transported to a federal prison.

The case was prosecuted by Assistant United States Attorney Patrick J. Reinert and investigated by the Waterloo Police Department and the Bureau of Alcohol. Tobacco, Firearms and Explosives. 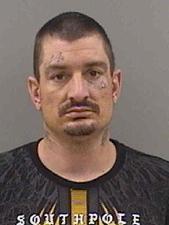