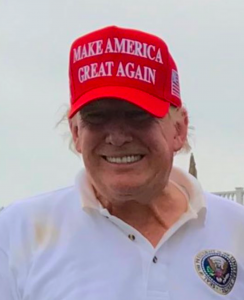 Donald Trump whipped hundreds of followers into a violent frenzy, and they attacked the U.S. Capitol. Now, he’s the only President in history to be impeached twice.

WASHINGTON, D.C. – Donald John Trump, President of the United States, has been impeached by the U.S. House of Representatives for high crimes and misdemeanors following the deadly insurrection on January 6.

The vote was 232 to 197 in favor of impeachment on Wednesday. Ten Republicans joined the entire Democratic caucus to impeach. Those 10 Republican are: 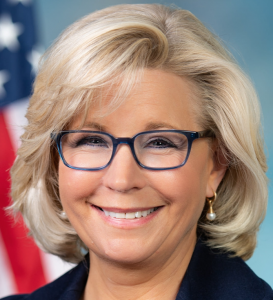 Liz Cheney, explaining her vote, said, “On January 6, 2021 a violent mob attacked the United States Capitol to obstruct the process of our democracy and stop the counting of presidential electoral votes. This insurrection caused injury, death and destruction in the most sacred space in our Republic. Much more will become clear in coming days and weeks, but what we know now is enough. The President of the United States summoned this mob, assembled the mob, and lit the flame of this attack. Everything that followed was his doing. None of this would have happened without the President. The President could have immediately and forcefully intervened to stop the violence. He did not. There has never been a greater betrayal by a President of the United States of his office and his oath to the Constitution.”

Many other lawmakers in favor or impeachment offered similar explanations.

Iowa’s delegation was split 3-1 against impeachment. Only Cindy Axne of District 3 voted in favor. Randy Feenstra, Ashley Hinson and Marinette Miller-Meeks were against; those three claimed impeachment would further divide a nation already bitterly polarized politically with a Capitol city stocked with more American troops than Middle East hot spots.  Hinson, apparently using the logic only a former TV newscaster could summon before voting against impeachment and holding Trump accountable, blamed him for the tragedy and said, “I believe the President bears responsibility and that is why I urged him personally to call off those who were violently storming the Capitol last week. I wish he had spoken up sooner, but he did not. Words matter; there must be accountability for those who feed into dangerous rhetoric on either side of the ideological spectrum.”

Now that the House has impeached Donald Trump – making him the only President in history to be impeached twice – The Senate must try him. Outgoing Senator Majority Leader Mitch McConnell remains in control of the timeline until January 20, 2021, when he is demoted to Minority Leader. A trial may take place after that point.

In impeachment proceedings, the House of Representatives charges an official of the federal government by approving, by majority vote, articles of impeachment. A committee of representatives, called “managers,” acts as prosecutors before the Senate. The Senate sits as a High Court of Impeachment in which senators consider evidence, hear witnesses, and vote to acquit or convict the impeached official. In the case of presidential impeachment trials, the chief justice of the United States presides. The Constitution requires a two-thirds vote of the Senate to convict, and the penalty for an impeached official upon conviction is removal from office. In some cases, the Senate has also disqualified such officials from holding public offices in the future. There is no appeal. Since 1789, about half of Senate impeachment trials have resulted in conviction and removal from office. 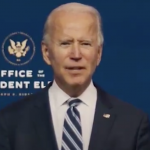 Incoming President Joe Biden, following the impeachment vote, said, “Today, in a bipartisan vote, the House voted to impeach and hold President Trump accountable. Now, the process continues to the Senate—and I hope they’ll deal with their Constitutional responsibilities on impeachment while also working on the other urgent business of this nation.”

Donald Trump has yet to directly respond to his impeachment but now is calling for violence to end in a statement.  He has, however, remained defiant in the days following the insurrection he inspired and led on January 6.