WASHINGTON, D.C. – The Justice Department on Wednesday announced the guilty plea of Abdelhamid Al-Madioum, 24, to one count of providing material support and resources, namely personnel and services, to ISIS, a designated foreign terrorist organization.

Al-Madioum, a native of Morocco and naturalized U.S. citizen, previously had been detained overseas by the Syrian Democratic Forces (SDF) and was subsequently transferred into FBI custody and returned to Minnesota. Al-Madioum entered his guilty plea today before Judge Ann D. Montgomery in U.S. District Court in Minneapolis, Minnesota. A sentencing date will be scheduled at a later time.

According to the defendant’s guilty plea and documents filed with the court, on June 23, 2015, Al-Madioum and his family traveled from St. Louis Park, Minnesota, to Casablanca, Morocco, to visit their extended family. On July 8, 2015, Al-Madioum abruptly abandoned his family and all his belongings except his U.S, passport, left Morocco and traveled to Istanbul, Turkey. There, Al-Madioum met up with members of ISIS who aided his border-crossing into Syria. Once in Syria, the defendant joined other members of ISIS who brought him to Mosul, Iraq.

According to the defendant’s guilty plea, after Al-Madioum arrived in Mosul, he was administratively ISIS and received military training from its members. Al-Madioum was then assigned to the Tariq Bin-Ziyad Battalion of the Abu Mutaz al-Qurashi Division of ISIS, where he served as a solider for ISIS until 2016, when he was injured conducting military activities on behalf of ISIS. Following Al-Madioum’s injury, he remained a member of ISIS and continued to receive a stipend until his surrender to the SDF in or near Baghouz, Syria, in March of 2019. In September of 2020, Al-Madioum was returned to Minnesota.

Court documents say Al-Madioum was a Minnesota college student studying computer science at a community college and worked in the IT department before he decided to become a traitor to USA. Information volunteered by Al-Madioum to FBI agents included that he was born in Morocco, had obtained U.S. citizenship in 2008, and had lived in Minnesota before traveling overseas. He told agents that he traveled from Minnesota to Syria on a U.S. passport and had joined ISIS in June of 2015. Al-Madioum said he had been injured in an airstrike in Mosul, resulting in injuries to both of his legs and the loss of his right arm above the elbow. At the time Al-Madioum came into SDF custody in March of 2019, he was accompanied by two minor children, both of whom Al-Madioum claimed were his offspring. Al-Madioum stated that his wife had been killed in Baghouz, Syria.

This case is the result of an investigation conducted by the FBI’s Joint Terrorism Task Force. 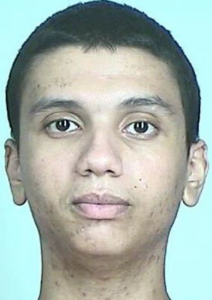