This news story was published on September 29, 2018.
Advertise on NIT • Subscribe to NIT

FAYETTE COUNTY, IOWA – A Northern Iowa woman allegedly murdered her 5-week0old daughter, police say, and she is behind bars facing a possible life sentence if convicted.

On August 21, 2018, at approximately 12:45 PM, the Fayette County Sheriff’s Office received a 911 call from 509 Main Street in Elgin, Iowa reporting that a 5-week-old infant was having trouble breathing. Fayette County Sheriff’s Deputies and medical personnel responded to the scene. The victim was transported to Gundersen Palmer Lutheran Hospital in West Union, Iowa before being transported via medical helicopter to the American Children’s Family Hospital at the University of Wisconsin Hospitals & Clinics in Madison, Wisconsin.

After a preliminary investigation, the Fayette County Sheriff’s Office requested assistance from the Iowa Division of Criminal Investigation (DCI). On August 26th, 2018, the victim, identified as 5-week-old Lydia Rios, died as a result of her injuries. On September 28, 2018, 28-year-old Alicia Marie Rios, of Elgin, Iowa,(mother of the child) was arrested by Fayette County Deputies and Agents with the Iowa DCI. Rios was charged with one count of Murder in the first degree, a class “A” felony and Child endangerment causing death, a class B felony. Rios was taken to the Fayette County Jail and is currently awaiting her initial appearance. T

he Fayette County Sheriff’s Office was assisted in this investigation by the Iowa DCI, the University of Wisconsin – Madison Police Department, the Iowa Department of Human Services, the Fayette County Attorney’s Office and the Iowa Attorney General’s Office Area Prosecutions Division. If convicted, Rios could get Life in prison without the possibility of parole.

Sheriff Marty Fisher stated “It should be noted that a criminal charge is merely an accusation and all suspects are considered innocent until proven guilty in a court of law.” 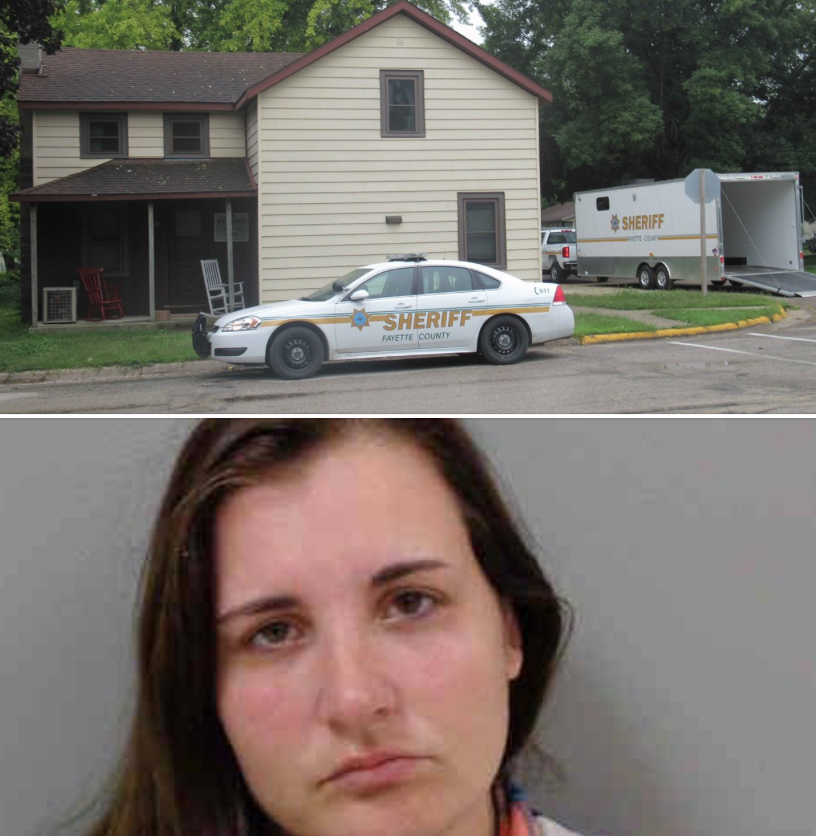