This news story was published on September 28, 2019.
Advertise on NIT • Subscribe to NIT

FAYETTE COUNTY, IOWA – A Northern Iowa man has been busted for placing hidden cameras in a bathroom to record females.

On September 24, 2019 the Fayette County Sheriff’s office was investigating an alleged assault in Clermont, Iowa.  During that investigation, investigators came upon another crime. They discovered that 19-year-old Felty E. Yoder of Clermont had placed hidden camera in restrooms to photograph females using them. Yoder was arrested and transported to the Fayette County Jail and charged with 3 counts of Invasion of Privacy, a serious misdemeanor and domestic abuse assault, a simple misdemeanor. 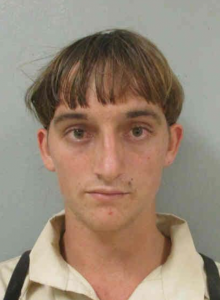