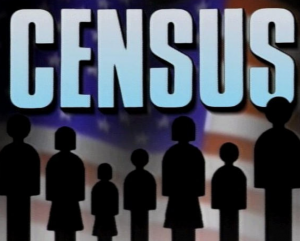 WASHINGTON, D.C. – The U.S. Department of Commerce this week announced that a question on citizenship status will be reinstated to the 2020 decennial census questionnaire to help enforce the Voting Rights Act (VRA). Secretary Ross’s decision follows a request by the Department of Justice (DOJ) to add a question on citizenship status to the 2020 decennial census.

Please click HERE to view the memorandum directing the Census Bureau to reinstate a question on citizenship to the 2020 decennial census.

On December 12, 2017, DOJ requested that the Census Bureau reinstate a citizenship question on the decennial census to provide census block level citizenship voting age population (CVAP) data that is not currently available from government surveys. DOJ and the courts use CVAP data for the enforcement of Section 2 of the VRA, which protects minority voting rights.

Having citizenship data at the census block level will permit more effective enforcement of the VRA, and Secretary Ross determined that obtaining complete and accurate information to meet this legitimate government purpose outweighed the limited potential adverse impacts.

Congress delegated to the Secretary of Commerce the authority to determine questions to be asked on the decennial census. The Census Act requires the list of decennial census questions be submitted to Congress no later than March 31, 2018.

Following receipt of the DOJ request, the Department of Commerce immediately initiated a comprehensive review process led by the Census Bureau, prioritizing the goal of obtaining complete and accurate data.

After a thorough review of the legal, program, and policy considerations, as well as numerous discussions with Census Bureau leadership, Members of Congress, and interested stakeholders, Secretary Ross has determined that reinstatement of a citizenship question on the 2020 decennial census questionnaire is necessary to provide complete and accurate census block level data.

As reported by the New York Times, up to a dozen states signaled that they would sue to block the Trump administration from adding the citizenship question to the census, “arguing that the change would cause an undercount of the population and violate the Constitution.”