This news story was published on July 4, 2017.
Advertise on NIT • Subscribe to NIT 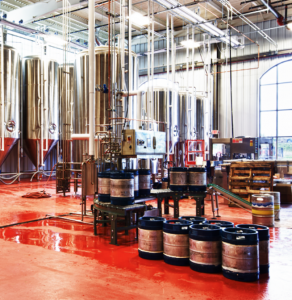 ALGONA, IOWA – The Kossuth County Board of Supervisors decided at a recent meeting to deny a beer permit to a large Iowa beer maker.

On June 27, the Kossuth County Board of Supervisors in Algona denied Backpocket Brewing Company’s application for a Class “B” Beer Permit.  Backpocket owner and beer brewer Jacob Simmons was then notified that Backpocket presently does not have the right to sell, serve, consume, or give away alcoholic beverages in or on the premises located at 1802 20th Avenue in Whittemore, Iowa.

Mr. Simmons told NIT, when asked today why the permit was denied by the board of supervisors, that he didn’t know what was behind their decision.

“You would have to ask them for their reasoning. We have appealed the decision and look forward to hearing it ourselves.”  He later Tuesday told NIT the permit is for RAGBRAI, which will visit Algona on July 24.

A hearing will be conducted with the Iowa Alcoholic Beverages Division in this proceeding by telephone conference call on the morning of July 6, 2017.

Backpocket Brewing Company is a German inspired and hand crafted beer brewer, with popular locations in Coralville, Dubuque and Cedar Rapids.  It has claimed in recent years to be the biggest beer brewer in Iowa.