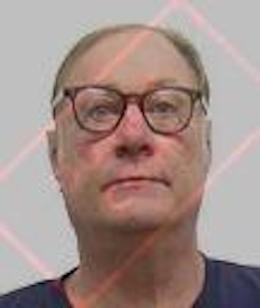 Steve Lee Davidson was pronounced dead due to natural causes at approximately 8:00 a.m. on Sunday, October 23, 2022 while in hospice at the Iowa Medical and Classification Center, he had been housed there due to chronic illness. Davidson was 64 years old at the time of his death.

Davidson had been serving a life sentence for the crime of Murder 1st Degree from Black Hawk County. His sentence began on April 20, 1982.

According to court records:

Steve Lee Davidson was convicted after a bench trial of first degree murder for the death of his grandmother. On appeal, Davidson claimed lack of mental competence made statements he gave the police soon after the incident were involuntary and inadmissible. He also argued he was not competent to stand trial.

On February 23, 1981, defendant went to the Cedar Falls police station and asked to speak with someone privately. Police officer Bolin responded and walked with defendant to a conference room where defendant told Bolin he had committed a “serious crime” and “wanted to kill everybody.” Bolin immediately attempted to give defendant his Miranda warnings but defendant interrupted, stating in what Bolin described as a “direct and deliberate” voice that he had beaten his grandmother.

Sink then asked defendant questions and typed his responses. Defendant said he had beaten, stabbed, and choked his grandmother, and then drove his car to the police station. He said that his offense was wrong. He also told Sink he had a history of mental treatments for his aggressive tendencies.

The officers testified that during the time defendant was given his Miranda warnings, signed the waiver, and gave his statement he was serious, calm, and answered all questions matter of factly. They said his facial expressions changed very little. The officers thought defendant was coherent and completely aware of where he was, with whom he was speaking, and of what he was doing. He was not handcuffed and was allowed to sit and smoke. The officers never made any threats or promises to induce his waiver or statement.

Defendant’s grandmother was found in her kitchen, dead of multiple stab wounds.