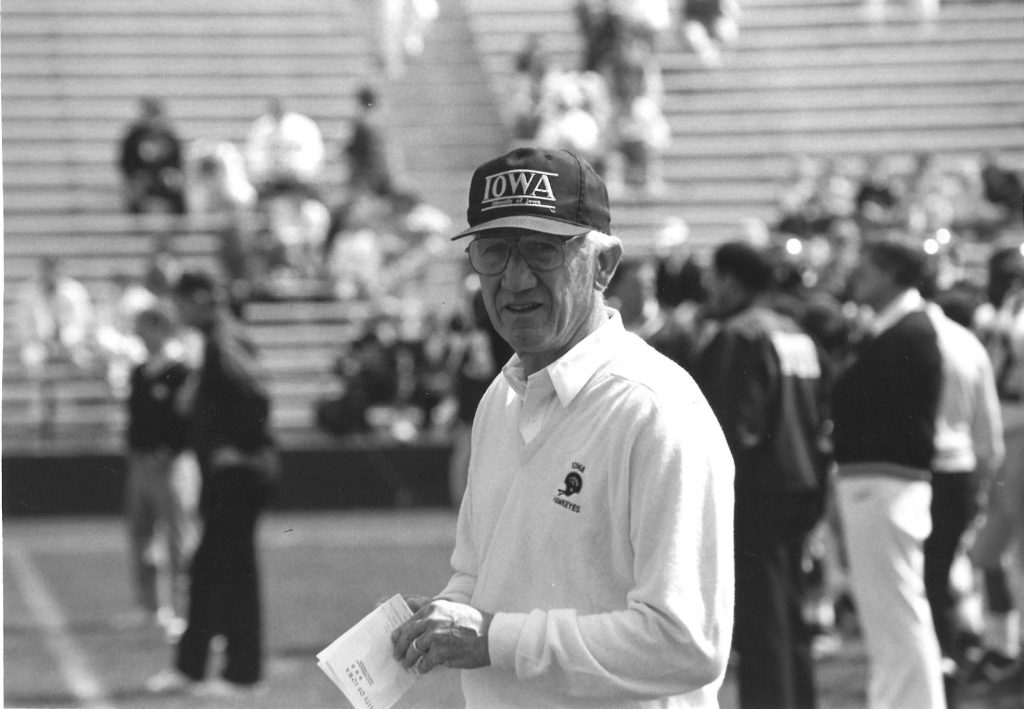 “Bill Brashier was a tremendous defensive coach,” said Kirk Ferentz, Iowa’s Moon Family head football coach. “Leadership was an integral part of every victory and championship our program achieved in the 1980’s and 1990’s, and I was honored to coach alongside him as a young assistant. He got the absolute best out of all of his players every single day. They loved and respected him as a leader and as a person.

“Bill was never flamboyant or flashy. He didn’t seek the spotlight. As a coach, he was without peer. On top of that, Bill was an incredible mentor to young coaches like Barry Alvarez, Dan McCarney and me. There was no better person for a young coach to be around. Mary and I send our heartfelt condolences to Bill’s wife, Ann, his family, his former players and all of his friends.”

Brashier joined Hayden Fry’s original coaching staff in 1978, serving as defensive secondary coach before being named defensive coordinator. He was named assistant head coach prior to the 1983 season. He retired from coaching following Iowa’s 38-18 victory over Washington in the Sun Bowl to conclude the 1995 season.

Brashier was born in Eastland, Texas, on May 30, 1929. Following a highly-successful high school career, Brashier was a three-year starter at North Texas as a defensive back, quarterback and punter (1949-51). He collected 10 interceptions in 1951 and had 19 career thefts. Both are school records that still stand. He earned bachelor’s and master’s degrees from North Texas.