AMES, IOWA – Iowa State head men’s basketball coach Steve Prohm announced the signing of his second class at the school Wednesday, the top class in school history during the internet rankings era. The Cyclones had three high school players sign a national letter of intent for the 2017-18 season. 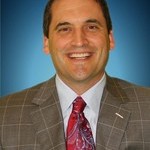 “My staff did a great job this fall of knowing what we needed and where we needed to get better,” Prohm said. “I think that we got a group of guys that love to be in the gym and are dedicated to improving. They can all score the ball, are athletic and come from good families. We are excited to get them on campus.”

Lindell Wigginton, a 6-2 guard from Dartmouth, Nova Scotia, is the top-ranked player in Canada’s 2017 class according to Hoops Hype Canada and a top-50 recruit by Rivals and ESPN. Wigginton, who plays at Oak Hill Academy in Mouth of Wilson, Virginia, was a four-star recruit according to all major recruiting outlets. The top-ranked composite recruit in school history according to 247sports, he led Oak Hill, one of the nation’s premier prep schools, as a junior averaging 16.4 points. He was an honorable mention All-American for the Warriors, who finished the 2015-16 season ranked No. 2 nationally. Wigginton picked the Cyclones over Arizona State and Oregon.

“Lindell was a huge get for us,” Prohm said. “I love him and his family. He plays at Oak Hill, where he’s played against great competition the last couple years. It makes for an easier transition from high school to college. He’s athletic, fast with the ball, can really score, but also makes others better.”

Terrence Lewis, a 6-5 forward from Milwaukee, Wisconsin, was the first commitment of the class, pledging to the Cyclones in August. A four-star recruit and the No. 2 player in the state of Wisconsin, he earned a top ranking of No. 59 from ESPN. Lewis averaged 22.2 points, 9.9 rebounds and 1.8 steals to earn the Milwaukee Journal Sentinel’s Area Player Of The Year honor. His Riverside High School team went 22-4 and reached the section final. Lewis posted 16 double-doubles, shot 62 percent from the field and 52.1 percent behind the arc last season. He hit 62-of-121 3-pointers and enters his senior season with 1,232 career points. Lewis picked the Cyclones over offers from UNLV, Marquette and Illinois.

“In the Big 12, I think you need size on that wing position,” Prohm said. “After coaching (Abdel) Nader in my first year, Terrence is more in that mold. A big wing. Another guy with a great, great family and a great work ethic. He loves to work on his game, but really the biggest skill that he has is that he can really shoot the basketball. He’s another guy for us that can get out in transition, kick the ball ahead and make great plays with his athleticism attacking the basket.”

McNeill, a 6-3 guard from Westfield High School in Houston, Texas, is a four-star recruit according to ESPN.com. The 11th-ranked player in the state of Texas, McNeill earned all-district honors as a junior after averaging 14.4 points, 4.1 rebounds and 4.2 assists for the Mustangs. He helped lead Westfield to the Bi-District Championship last season. McNeill picked the Cyclones over offers from Cincinnati and SMU.

“Darius was another huge pull for us,” Prohm. “We’re really excited to get him in. He can play the one or the two and is an unbelievable athlete. We bring in athleticism on the perimeter, which we needed, but also scoring. I think Lindell and Darius can be a very good backcourt for the future of Big 12 basketball here at Iowa State. Darius is really long and lanky. He’s going to get bigger and stronger as he gets here, but he can get his own shot. He’ll put pressure on the rim and is really good in transition in the open floor. Again, another guy who loves to be in the gym.”

High School
Preps at Riverside High School, playing under his father, Tyrone … four-star recruit according to 247sports, ESPN.com and Rivals … ranked the No. 2 player in Wisconsin … earned a top ranking of No. 59 from ESPN.com … also a top-125 recruit by 247sports … seventh-ranked composite recruit (ESPN, 247sports, Rivals, Scout) in school history according to 247sports … enters senior season with 1,232 career points … averaged 22.2 points, 9.9 rebounds, 1.8 assists and 1.8 steals en route to being named Milwaukee Journal Sentinel’s Area Player Of The Year … team went 22-4 and reached section final … posted 16 double-doubles and shot 62 percent from the field and 52.1 percent from behind the arc, connecting on 62 of 121 3-pointers … was also named Wisconsin Basketball Coaches Association Division 1 All-State and Associated Press Second-Team All-State … averaged 19.0 points as a sophomore … picked Iowa State over UNLV, Marquette and Illinois.

High School
Attends Westfield High School in Houston … four-star recruit according to ESPN.com … three-star recruit by Scout, Rivals and 247sports … No. 11 player in the state of Texas according to ESPN … first-team all-district selection junior and senior year … averaged 14.4 points, 4.1 rebounds and 4.2 assists as a junior … helped lead Westfield to a Bi-District Championship … tallied 11.9 points, 3.4 rebounds and 3.3 assists as a sophomore … picked ISU over offers from Cincinnati and SMU.

High School
Attends prestigious Oak Hill Academy in Mouth of Wilson, Virginia … the top-ranked player in Canada for the class of 2017 according to Hoops Hype Canada … four-star recruit by 247sports, ESPN.com, Rivals and Scout … top-ranked composite recruit (ESPN, 247sports, Rivals, Scout) of the internet rankings era in school history according to 247sports … top-100 recruit by Rivals (#40), ESPN (#49), 247sports (#53) and Scout (#66) … 12th-ranked point guard according to 247sports … led team with 16.4 points per game and shot 52.9 percent from the field and 41.9 percent behind the arc as a junior for Oak Hill Academy … MaxPreps.com honorable mention All-American in 2016 for Warriors, who finished the season ranked No. 2 nationally … first-team all-state by USA Today High School Sports … played for the Canadian National team that finished second at the U18 FIBA Americas, leading the team in scoring … earned all-tournament team honors at Bass Pro and Dick’s Nationals and was MVP of Schwab Invitational … picked Iowa State over Oregon and Arizona State.