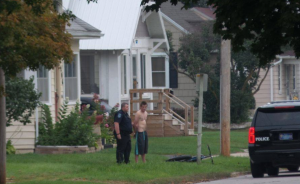 Evenson in cuffs as he is arrested Wednesday morning

MASON CITY – Police are still investigating, but have a man in custody that they say was breaking into vehicles in Mason City.

The man in custody is 29-year-old Jamie Lee Evenson, unknown address. He stands charged, so far, with two counts of felony third-degree burglary and is now in the Cerro Gordo county jail.

The incident unfolded early Wednesday, when police took reports of a man on a bike with a black backpack looking into cars on the city’s east side.

“We are still taking reports,” a police spokesman told NIT. “Appears he was entering unlocked vehicles and possibly breaking into others while riding around on a bicycle.” 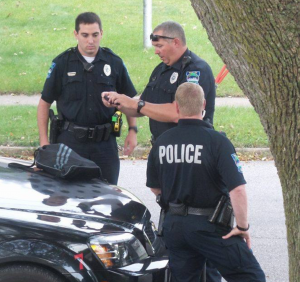 A number of law enforcement officers arrived on the scene sometime after 7 AM, near South Louisiana Avenue. There, they had Evenson in cuffs as they searched the nearby homes and yards for evidence.

“I also overheard (police) laughing after finding a pocket knife in back pack and a mag lite flashlight,” in the black backpack, NIT is told by a bystander. “Cop in uniform told me earlier they were looking for a black shirt, and he now just told me they found it.”

Police say more charges may be coming, “so I can’t give you the final draft yet. We have reports from 800 block 12th NE to 1400 block 6th SE to some on South Illinois.” 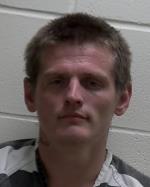