MASON CITY – A dangerous Mason City drunk driver is back in jail, serving a week in jail for his second conviction.

Jeremy John Hildebrand, age 25, is now serving a 7 day jail sentence in the Cerro Gordo county jail after his second drunk driving conviction. Clear Lake police stopped and arrested him on the early morning hours of July 12, 2015. Records indicate that at 3:19 AM, he likely refused a blood alcohol test a Clear Lake police officer attempted to administer to him. He was charged with second offense drunk driving, speeding and operation without registration card or plate. On November 2, Hildebrand pled guilty to the drunk driving charge. He was given 7 days in jail, ordered to pay $2,641.25 in fines and court fees and lost his driver’s license. He is still is court regarding the speeding and no registration charges.

Hildebrand was involved in an action-movie like car crash back in 2011 in which he was drunk. He drove his car east on 13th Street SE at a high rate of speed and encountered Federal Avenue, but did not stop. He launched his 1999 Acura 106 feet through the air and landed on 13th Street SW, causing a very loud and violent crash in which he destroyed a 10-foot tall bush. He left a trail of destruction along 13th Street SW which included chunks and pieces of his car strewn along the road. He ended up nearly 100 meters away in the cemetery before his little sports car came to a stop. He later pled guilty to first-offense operating while intoxicated. 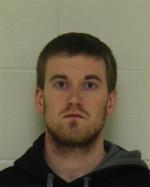