MASON CITY – Two persons were jailed this week when police stopped their vehicle and discovered they were in possession of the dangerous drug methamphetamine.

Mason City police conducted a traffic stop at the 1000 block of South Federal Avenue on Tuesday, November 10 just before 1 AM. During an investigation, two persons were found to have methamphetamine in their possession and were arrested.

Also arrested was 24-year-old Sabrina Ann Haugland of Belmond for possession of meth and paraphernalia. She posted bond and was released from jail.

Their vehicle was impounded. 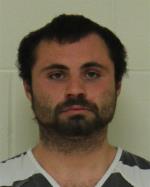