This news story was published on July 28, 2015.
Advertise on NIT • Subscribe to NIT 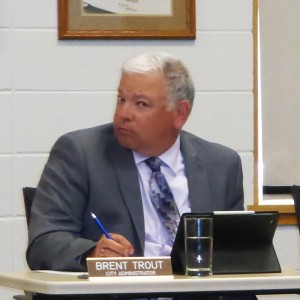 MASON CITY – Calling them “disruptive”, City Administrator Brent Trout has banned the use of cameras with a flash at council meetings.

At the bottom of the agenda for this week’s city council meeting, a new rule was slipped in, which reads “Please note flash photography is not allowed during the meeting”.

NIT became aware of the rule after city councilman Alex Kuhn phoned and pointed out the ban, imposed by Trout. Kuhn claimed he didn’t know how the rule came about and said he just noticed it was there as he re-read his council packet in preparation for tonight’s meeting – which could be heavily attended.

NIT questioned city hall on the ban, and Brent Trout replied, saying “In my opinion flash photography is disruptive to the conduct of the meeting”.

Trout didn’t elaborate on how the ban would be enforced.