CLEAR LAKE – A Clear Lake man was tazed after deputies were called to assist police in a domestic dispute.

Cerro Gordo deputies were called to 2400 South Shore Drive Friday night just before 9 PM after Clear Lake police requested assistance with a domestic dispute there. Upon arrival, a deputy encountered a male suspect, James Martin Winters, age 37, who lives at lot 17. The deputy found it necessary to deploy his taser weapon upon Winters, and then made the arrest.

Winters was taken to the county jail and booked on charges of assault, domestic assault, child endangerment, interference with official acts and carrying a dangerous weapon. He is being held on bond at this time. 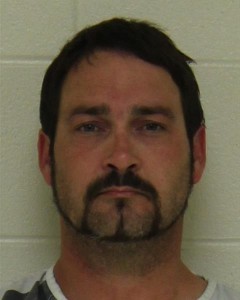