Man who robbed Northside Liquor to be re-sentenced 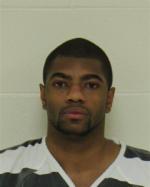 MASON CITY – A Fort Dodge man imprisoned in the Newton Correctional Facility who, along with a Mason City woman, robbed the Northside Liquor store back in 2009, is in the county jail awaiting a court date to be re-sentenced.

Jordan Michael Foy, age 22, was 17 years old when he and Alexandra Elliff (now 23) robbed the Northside Liquor store. He was later convicted and sent to prison for 10 years. He was awarded a re-sentencing hearing by the Iowa Court of Appeals. That hearing will be held on December 9, 2014. He was transported from Newton to Mason City today.

Alexandra Elliff was also sent to prison for helping Foy rob the store. She was paroled in April of this year and is now living in Mason City and claims to work at Ruby Tuesday restaurant. 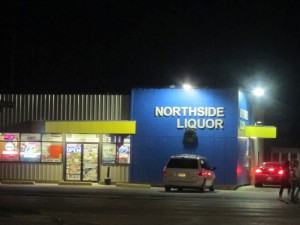 According to court records, at approximately 3:30 PM on December 5, 2009, a young male (Foy) and female (Elliff) entered North Side Liquors in Mason City. As they entered the store, a store clerk, Chevelle Awe, was exiting the store to get coffee from the Kum & Go across the street. Awe remembered seeing the two as customers in the store the previous night. After Awe exited the store, the male approached the clerk behind the counter, Rasheed Choodry, and demanded money from the register. The male repeated the demand, displaying a knife in his left hand. When Choodry handed money from the register to the male, the male stated “let’s go” and ran out of the store with the female.

Mason City Police Officers arrived a few minutes later. The officers reviewed the store’s surveillance video and observed the male and female. From the Kum & Go across the street, officers were able to obtain still photographs of the two, and could identify the female as eighteen-year-old Alexandra Elliff. Later that evening, officers presented the clerks, Awe and Choodry, with a photographic line-up.

Both identified Alexandra Elliff as the female involved in the robbery.

On December 7, 2009, officers located Elliff and transported her to the police station to be interviewed. During her interview, Elliff admitted her involvement as the “lookout” in the North Side Liquors robbery, and identified Foy as the male. Elliff gave details about her relationship with Foy, why he was in Mason City visiting, and their plan for Elliff to help Foy rob the store in order for Foy to get gas money for his return trip home in Fort Dodge. Based on Elliff’s interview, officers obtained an arrest warrant for Foy and sent a copy of the warrant to the Fort Dodge Police Department.

On December 10, 2009, Fort Dodge officers located Foy, placed him under arrest, and transported him along with his mother, at her request, to the police station. Foy was almost three months past his seventeenth birthday. He had an extensive juvenile record, but no prior experience with the adult offender system. Foy and his mother signed a Miranda waiver. The next day, Investigators Jeremy Ryal and Terrance Prochaska interviewed Foy. Foy’s mother was no longer there, but Foy explained that his mother had already “signed the papers” allowing him to talk with officers if he wanted.

Ryal interviewed Foy for approximately thirty-three minutes. Foy initially denied involvement with the robbery, but later admitted he was involved.

The State charged Foy with robbery in the first degree. Foy pleaded not guilty. Prior to trial, Foy moved to suppress his confession. The district court denied the motion. Foy waived his right to a jury trial and consented to a trial on the minutes. As part of the agreement for a trial on the minutes, the State amended the charge to robbery in the second degree. The court found Foy guilty as charged.