DES MOINES – A Mason City felon who has habitually kept police in pursuit of him has been denied a chance to serve a jail sentence in Cerro Gordo county or the Beje Clark halfway house.

At the time of sentencing, Neubauer was on probation, having received a suspended prison term of two years for an earlier driving while barred conviction. Further, Neubauer asked to serve his thirty days in Cerro Gordo County, where he resides.

The court denied his request: “You’re not doing your jail time in Cerro Gordo. You committed the crime here. You can do the time here.”

On appeal, Neubauer claimed the sentencing court erred in designating the Hamilton County jail as the place of confinement, contending he instead should have been sentenced to confinement in the Cerro Gordo County jail or in the Beje Clark Residential Center in Mason City.

The Iowa Court of Appeals upheld Hamilton county as the place of confinement is dictated by Iowa Code section 903.4 and the district court followed that provision.

Neubauer committed his crime in Hamilton county in August of 2012 and has been fighting it in court ever since. He is currently listed by the Iowa Department of Corrections as in the custody of community-based corrections for his other crimes, and is serving his sentence through Beje Clark. 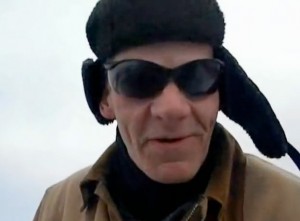