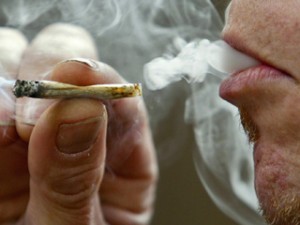 SPENCER – A deputy smelled weed at a campsite near Spencer, Iowa this past weekend, and placed five people under arrest on drug charges.

At approximately 12:42 AM, Sunday, August 31st, 2014, the Clay County Sheriff’s Office investigated suspicious activity at a campsite at Kindlespire Park just outside Spencer. Upon investigation, a deputy smelled the odor of marijuana coming from an item on the picnic table and upon opening it, marijuana and drug paraphernalia were located inside.

The investigation continued and upon the arrival of more suspects, the following persons were arrested: Kristin Thiner, 29, Windom, MN; Joseph Dahl, 30, Laurens, IA; Chad Spencer, 28, Rolfe, IA; Anthony Porreca, 25, Sioux Rapids, IA; and Jeremy Stoulil, 29, Pocahontas, IA. All were placed under arrest and transported to the Clay County Jail without incident. Stoulil, Dahl, Thiner and Porreca were charged with serious misdemeanor possession of a controlled substance (Marijuana) and simple misdemeanor possession of drug paraphernalia and were held to appear before the magistrate. Stoulil was also run through field sobriety tests and has a pending charge of operating while intoxicated based on the outcome of lab results from the Department of Criminal Investigation. Spencer was charged with aggravated misdemeanor possession of a controlled substance (2nd or subsequent) and simple misdemeanor possession of drug paraphernalia.