Rockwell man caught nosing around outside business with meth

MASON CITY – A North Iowa man added another chapter to his 2014 arrest record early Thursday when he was caught with a powerful, addictive drug while on the property of a Mason City business after it had closed.

A Cerro Gordo deputy discovered a suspicious vehicle at 4700 4th Street SW in Mason City just after midnight Thursday. Mason City police responded, as well. After an investigation, the driver, 25-year-old Lee Alan Best of Rockwell, was arrested for possession of a controlled substance (methamphetamine), possession of drug paraphernalia, unlawful possession of prescription medication, driving while barred, and driving under suspension. He was taken to jail, booked, and held on bond as he awaits a September 12 court date.

According to the U.S. government, people who use methamphetamine long-term may experience anxiety, confusion, insomnia, and mood disturbances and display violent behavior. They may also show symptoms of psychosis, such as paranoia, visual and auditory hallucinations, and delusions. 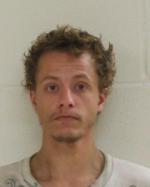