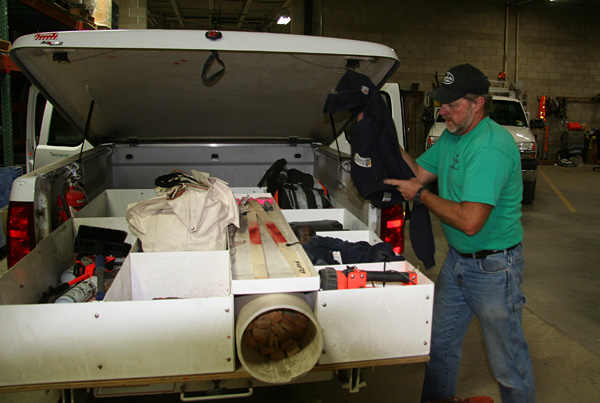 CEDAR RAPIDS, Iowa — Oct. 29, 2012 — Alliant Energy has sent more than 100 employees to help people on the East Coast in the wake of Hurricane Sandy. Crews left Iowa and Wisconsin on Sunday morning and are headed to Lake Katrine, NY. This effort is in response to a mutual assistance call from all East Coast utilities, and Alliant Energy will be initially helping customers of Central Hudson Gas and Electric. This represents Alliant Energy’s largest mutual aid response ever.

“We understand the effects severe weather can have on a community, that’s why we are sending help to the East Coast. In part, we are paying back the industry for the help we received during the 2007 ice storm and the 2008 floods,” said Vern Gebhart, Vice President – Energy Delivery Operations.

East Coast utilities have requested several thousand line mechanics and tree clearance crews from across the country. Alliant Energy crews from 19 communities in Iowa and eight communities in Wisconsin are responding to the expected damage. Crews packed for a trip that could last as long as two weeks, depending on the severity of the damage.

“While we don’t get hurricanes in the Midwest, we do see damage from tornadoes and from flooding, so our crews are well versed in restoring electricity safely and quickly in the face of disaster,” said Gebhart.

Alliant Energy crews are staging in Scranton, PA on Monday night, allowing them to stay out of the worst of the storm and be able to respond swiftly once the storm weakens.