MASON CITY – The more booze people drink in the Cultural Crescent, the less they get along, or so it seems.

Late Saturday afternoon, a woman called police to report she had been assaulted in her apartment at the 300 block of 1st Street NE. The woman was said to be extremely intoxicated, but was coherent enough to report to police that her alleged attacker had left on foot, eastbound, carrying half a case of Milwaukee’s Best Ice beer. Police came to the area but were unable to locate the suspect, later named as 62-year-old Darrell William Laughlin.

Only a short time later, the woman called police to report that Laughlin had returned and was outside. Police were able this time to catch Laughlin and place him under arrest. The woman declined to file assault charges.

Laughlin was charged with aggravated public intoxication and possession of drug paraphernalia. He’s being held on $2,000 cash-only bond at the Cerro Gordo County Jail at this time. 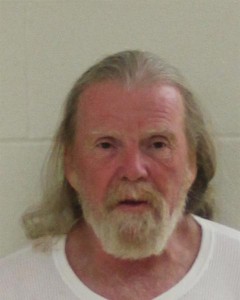