CEDAR RAPIDS – An Iowa man who lived on an indian reservation is now facing murder charges in the death of his parents.

If convicted, Lasley faces a possible maximum sentence of life imprisonment, a $250,000 fine, and a $100 special assessment.

Lasley appeared today in federal court in Cedar Rapids and was held without bond. Lasley’s next appearance for preliminary and detention hearings is set for March 13, 2014, at 12:00 p.m.

The case is being prosecuted by Assistant United States Attorneys C.J. Williams and Anthony Morfitt and was investigated by the Meskwaki Nation Tribal Police, the Tama County Sheriff’s Office, the Iowa Division of Criminal Investigation, and the Federal Bureau of Investigation. 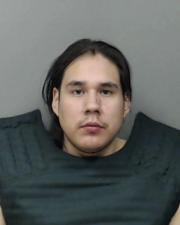