MASON CITY – About an hour before a man was slashed in the face with a knife at a downtown location, police went to the same place to break up another fight and made one arrest.

Mason City police said Monday that officers responded to the intersection of State Street and Federal Avenue for a possible fight involving multiple persons. By the time police arrived, nearly everyone had dispersed.

However, a Mason City woman was observed being disorderly in the vicinity. Amanda Kay Butner, age 23, was arrested for public intoxication and interference with official acts. She was taken to the Cerro Gordo County Jail and later released.

About 45-50 minutes later, a larger fight erupted at the same location, and a Mason City man, Jordan Jerome Holmes, is now wanted for allegedly slashing a Des Moines man in the face with a knife.

Butner faced fifth degree theft charges in 2012 and pled guilty. She was assessed $752.40 in fines and fees and has so far paid only $147.40. In January, the unpaid amount was sent to a third party debt collection agency. 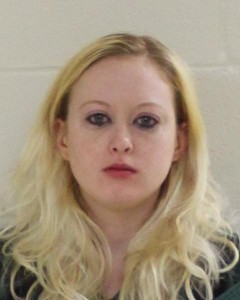