This news story was published on December 28, 2014.
Advertise on NIT • Subscribe to NIT 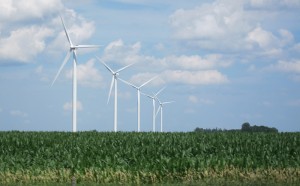 Are Iowans gluttons for power?

A new study released this week says “yes”, as it ranked the states that use the most power in the country based on data from the US Energy Information Administration. Iowa is number 5 on the list.

According to the authors of the study, “advancements in technology and energy production means that Americans are using more power than ever. Most everyone now has a smart phone or a large screen television, but then again a lot of states have massive production facilities that suck energy at an alarming rate.”

The study blames the prolific use of liquefied petroleum gases (LPG) in Iowa for its high ranking.

“With plenty of farms and rural housing in the state, Iowa uses liquefied petroleum gases in both the residential and industrial sections. The wide spread use of LPG contributes to the high consumption of power.”

Data shows Iowans consumed 471 million BTU of power per capita in 2012, tying it with Texas. Wyoming, Alaska, Louisiana, and North Dakota were ranked as the most power hungry states.

Helping offset the need for Iowans to use so much power is the production of energy in the state from wind, ethanol and the emerging solar industry.