Borlaug Statue to be installed at U.S. Capitol Building 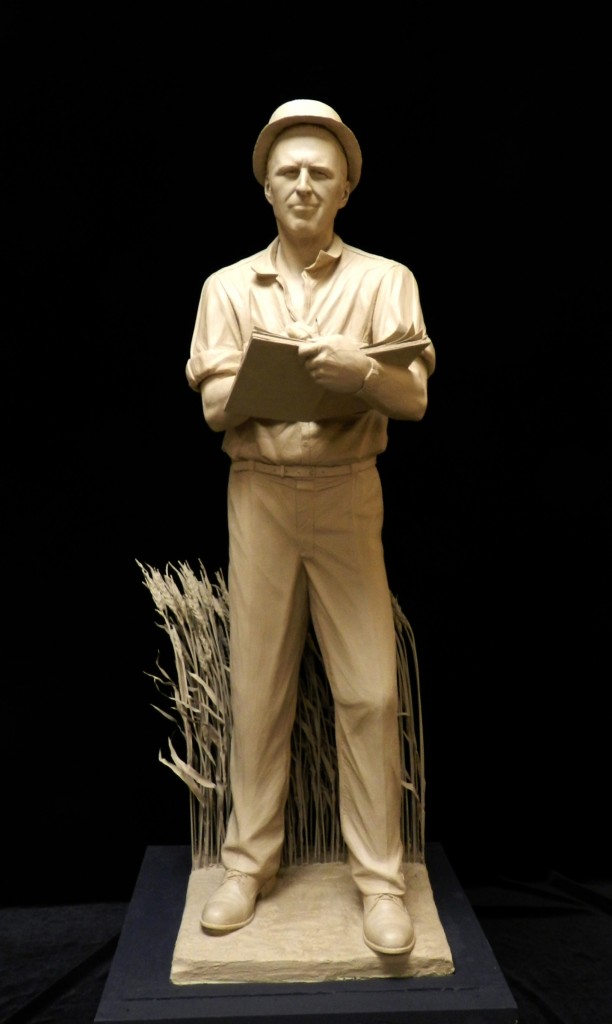 “The unveiling with be a historic event and celebration of Dr. Borlaug’s legacy. His agricultural innovations saved an estimated billion people around the world from hunger and starvation,” Governor Branstad said. “It is a fitting tribute that our state and nation will honor Dr. Borlaug on the 100th anniversary of his birth and on National Agriculture Day.”

“The installation of Dr. Borlaug’s statue will be a once-in-a-lifetime experience and a proud moment for our state,” Lt. Governor Reynolds said. “Dr. Borlaug’s statue will stand in honor of all that he achieved to help so many around the world. I am very pleased visitors to the U.S. Capitol will be able to learn more about Dr. Borlaug and highlight our state’s leadership in agriculture, the biosciences, and STEM education.”

Dr. Borlaug, a Cresco native, dedicated his life to breeding better varieties of wheat, and working with farmers and politicians alike to improve methods and policies to alleviate hunger and malnutrition worldwide. His achievements earned him recognition as “Father of the Green Revolution” and the distinction of receiving the Nobel Peace Prize, the Presidential Medal of Freedom, and the Congressional Gold Medal, America’s highest civilian honor.

In 2011, the Iowa Legislature approved a resolution and Governor Branstad appointed the Dr. Norman E. Borlaug Statue Committee to raise funds and commission an artist to design, create and install a statue of Borlaug into the U.S. Capitol Building. After conducting a worldwide artist search, the committee chose Benjamin Victor of South Dakota.

“From our decade of working together, I knew Dr. Borlaug – our state’s and our country’s greatest agricultural scientist – to be the most humble, hard-working and inspiring person I ever encountered,” said Ambassador Kenneth M. Quinn, President of Borlaug’s World Food Prize Foundation and the Chairman of the Statue Committee. “Our committee extends our profound appreciation to Governor Branstad, Lieutenant Governor Reynolds, the bipartisan leadership of the Iowa Legislature, and the entire Iowa congressional delegation for the privilege to be part of this project, as well as to the artist Ben Victor for his magnificent creation of Dr. Borlaug’s statue, and DuPont Pioneer and an anonymous donor for their great generosity in funding the cost of fabricating and installing the Borlaug statue.”

“The global impact that Dr. Borlaug had is an example and a challenge to all of us as we look to the future and Iowa’s role in feeding and fueling a growing world,” said Iowa Secretary of Agriculture Bill Northey. “The installation of this statue will be a great opportunity to celebrate Dr. Borlaug and help inspire others, especially our youth that he was so passionate about, through his amazing story.”