This news story was published on September 18, 2013.
Advertise on NIT • Subscribe to NIT

WORTH COUNTY – At about 12:11am on September 17, 2013 a Cerro Gordo County Sheriff’s Deputy attempted a traffic stop on a red 1993 Plymouth Sundance near the intersection of 340th Street and Thrush Avenue, on the North side of Plymouth. The Sundance sped away from the Deputy and a chase occurred, leading several miles into Worth County. The chase ended when the driver drove into a ditch and into a cornfield near the intersection of 410th Street and Vine Avenue in Worth County. Three occupants exited the vehicle, two surrendered to Deputies immediately. The driver fled on foot.

The driver, Ryan George Minteer, 34, of Eldora was arrested on outstanding warrants for the following: Interference with official acts, driving while suspended, and other traffic charges out of Hardin County; Violation of Probation out of Webster County; Assault on a Peace Officer, Interference, Theft, and Fail to Appear out of Marshalltown.

Minteer is being charged by Cerro Gordo County Deputies with Eluding, Driving While Barred, and numerous traffic violations.

Also arrested was Chelsea Kerr, 23, of Laurel, IA. Kerr was charged with allowing an unauthorized person to drive and interference with official acts.

The third subject in the vehicle was released without charges. 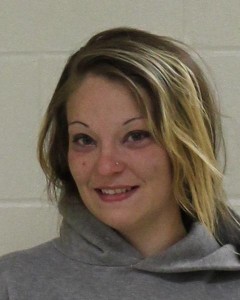 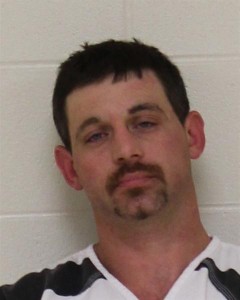