Is there anyone left in Mason City that cares about local government? 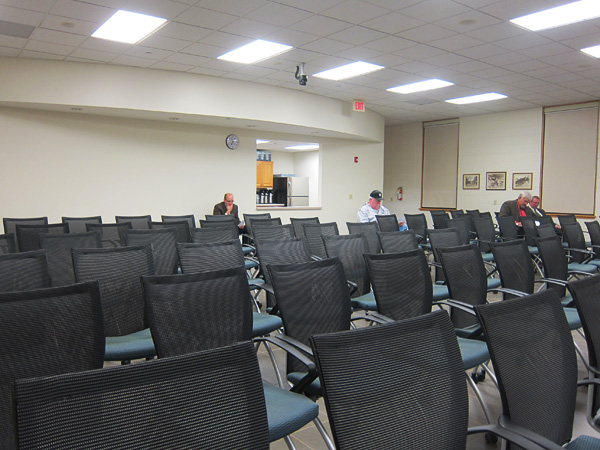 Mason City Council meetings are beginning to have the look and feel of county supervisor meetings.

Dull, boring, and no one shows up.

It’s been said around town that Mayor Eric Bookmeyer had a goal when he took office, to make our council meetings run like Jay Urdahl’s supervisor meetings.  Short, quick, no controversy, thin audiences and perfect, unanimous votes.

Except for a few bumps in the road, all this has happened.

Bookmeyer wins.  He has his empty room; his lackey, do-nothing, uninformed council; a city staff programmed to tell him what he wants to hear (when they are not writing in their journals about what the mayor said when he came in their office.  They are saving those for later.)

Tonight’s council meeting started at 7:00 PM sharp and ended at 7:14 PM.  Bookmeyer and the council stuck around for the largely ceremonial public listening post.  Yes, they still have that.  Bookmeyer tried to kill the listening post once and only due to three former council members did it survive.  I have a feeling it would be dead in a 4-2 vote if this council took up the issue.

It’s hard to believe that with all the problems this city faces, it can all be solved in 14 minutes.

During the listening post, the council and mayor pretended to be interested as one die-hard attendee took the podium (Sandy Servantez) and called them out on just how much a Blue Zone will cost the taxpayers.  None of them knew, so no one left any smarter.

Back on point, though, it seems the apathy towards our city government is at a high point.  Our current mayor and council wanted this.  Is this good for Mason City?