Leaders say much at stake in retention vote 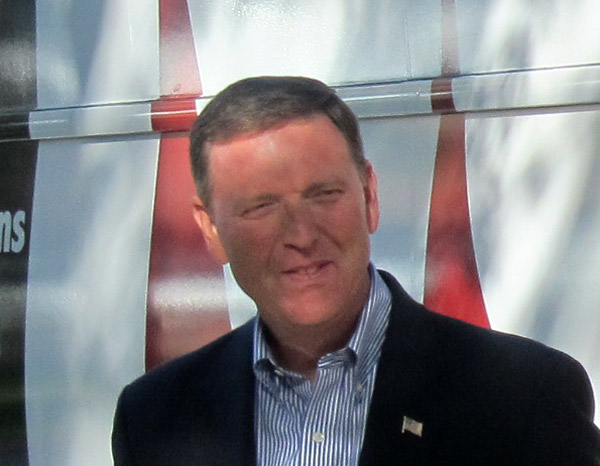 JOHNSTON — As unlikely as it might seem, Bob Vander Plaats, who is leading the campaign to oust an Iowa Supreme Court justice, and Iowa State Bar Association President Cindy Moser agree on what’s at stake in this fall’s judicial retention vote.

Justice David Wiggins, who was part of the court’s unanimous decision to strike down a state law banning same-sex marriage, is on the ballot, but Vander Plaats and Moser said the larger issue is a wholesale change in the way Iowa judges and justices are put on the bench.

“Freedom is the bigger issue,” Vander Plaats, the president of the conservative Christian group The Family Leader, which is spearheading the anti-retention vote, said Friday during a taping of “Iowa Press” on Iowa Public Television. “If they will do this to the institution of marriage, it’s a private property issue, it’s a 2nd Amendment issue, it’s a religious liberty issue. It’s a freedom issue.”

Moser, a Sioux City attorney, said she sees a “much broader agenda at play” than simply defending traditional marriage.

“It is not just the removal of a justice that they believe acted improperly,” she said. Vander Plaats and The Family Leader seek “a wholesale change in the merit selection process that has served our state so well.”

“What we would like to see is a wholesale new process of how you appoint judges to the bench,” he said. He wants to remove the “heavy influence” the bar association and its members have in nominating judges for the governor to appoint to the bench.

“That’s why (the bar association has) so much at stake, that’s why they are so passionate about protecting that institution versus protecting the constitution,” Vander Plaats said.

Although he predicted that “freedom-loving conservatives” will vote “no” on retaining Wiggins, Vander Plaats conceded the battle is more difficult than two years ago, when his campaign to remove three justices was successful. Now, it’s a matter of reminding and re-engaging the base, he said.

“Any time you get the team back into the locker room and say, ‘We have to do it again,’ it will always be a more difficult battle,” he said. However, after spending the week on the road leading “No Wiggins” rallies, he said he believes “it’s a very doable battle.”

“Society, in general, has moved toward acceptance of same-sex marriage as an acceptable way of life,” she said.

Iowa Press can be seen at noon Sunday on IPTV and is available here online.