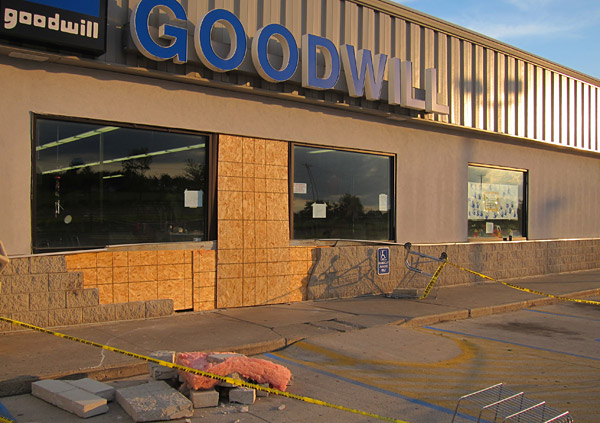 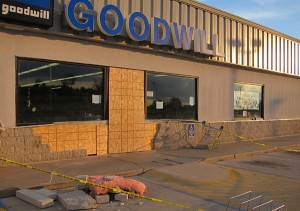 Police said that at 12:58 PM, a Goodwill employee called to report that a woman drove her white Grand Prix through the front doors of the building.

Sergeant Steve Klemas of the MCPD said he roughly estimated the damage to the car to be around $1000 and damage to the store could be $5000 to $6000 or more.

“I think she may have just been confused, hit the gas,” Klemas said.  The car only got about 2-3 feet inside the building before it stopped.

The store closed for the day after the incident, according to a sign in the window.  The sign says the store will open back up on Sunday at 2 PM. 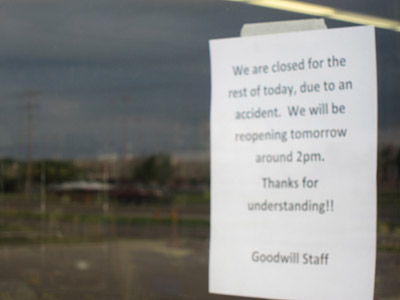 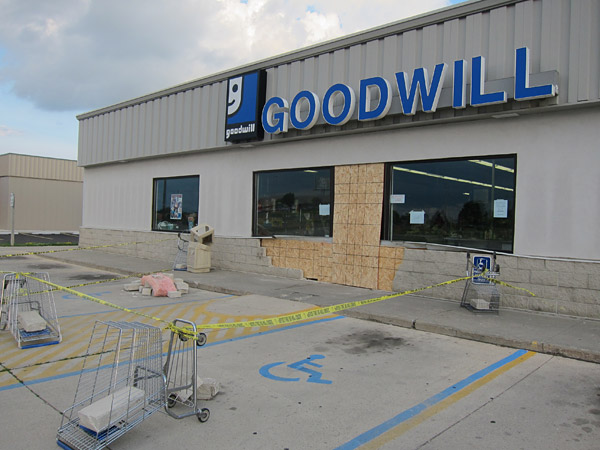