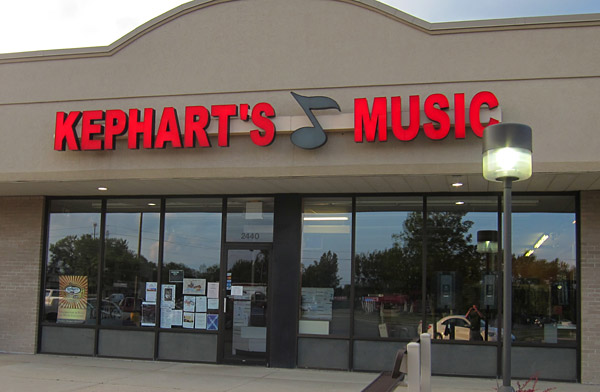 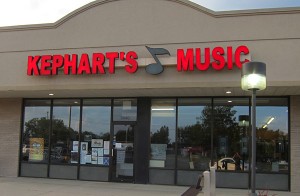 MASON CITY – Kephart’s Music is closing its doors.  Saturday was the store’s last day, according to store employee Tim Hanson.  Some shoppers were informed of the store’s closing on Saturday and alerted NIT.

In a phone interview, Hanson said that the big box stores and their low prices had really cut into the store’s business, as well as competition from internet sites offering very low prices and sometimes even free shipping.

Hanson said he has been an employee at Kephart’s Music, located at 2440 4th Street Southwest, for one and a half years.  His main duties were guitar repair and other sales duties.

Kephart’s has locations in Decorah and Dubuque as well.  Hanson said he wasn’t sure how those stores were doing but theorized that due to the larger college population in those towns that they were in better shape.

“The store slowed down over time,” he said.

Hanson said that the store will begin being cleaned out on Monday.

Competition from big box stores, the internet, and landlord issues were some of the same reasons offered by Feathers N More store owner Penny Plagge when she announced the closing of her Pet Store last May.  Her store will be closed up by the end of June.