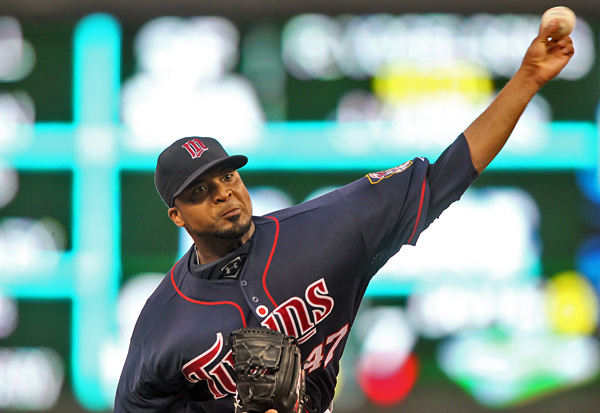 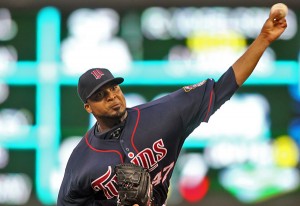 MINNEAPOLIS — Third baseman Trevor Plouffe continued his power surge with two home runs, but his efforts could not make up for the mistakes the Twins starter and closer made Friday.

Lefthander Francisco Liriano lost a no-hitter, shutout and lead with one pitch in the sixth, and Matt Capps — in a non-save situation in the ninth, gave up a two-run homer to Martin Maldonado as the Brewers pulled out a 5-3 victory.

Capps heard plenty of boos after he walked off the mound in the ninth. The top of the Twins’ order was up in the bottom of the inning, but Denard Span, Ben Revere and Joe Mauer all went down against closer John Axford.

The Brewers needed the victory after losing three one-run games in Kansas City. Capps didn’t need another night like Friday. He’s converted 14 of 15 save opportunities but suffered his third loss when entering a tie game.

But Capps deserves some credit, staying in the clubhouse to answer tough questions after Plouffe and Liriano had left before the reporters entered following the game.

Twins manager Ron Gardenhire, as many managers do, sent his closer to the mound in the ninth in a tie game — since there’s no chance for a save if the home team wins in walk-off fashion.

Corey Hart opened the inning with a ground-rule double that bounced into the stands near the right-field corner. Capps bounced back to get Rickie Weeks to pop to short then struck out pinch hitter Taylor Green.

Capps worked the count to 2-2 against Maldonado. But he left a fastball up in the strike zone and Maldonado crushed it into the bullpens in left center. The many Brewers fans among the announced crowd of 37,295 went wild.

Capps has a solid fastball and has added a split-fingered fastball to his repertoire this season. But he second-guessed himself for his pitch selection to Maldonado because he had a very good slider going.

“Most of the fastballs I threw were up in the zone, and I could not make the adjustment and get it down,” he said. “I felt good with my slider. In hindsight, I should have thrown another one, back-to-back sliders to the guy that hit the homer.

“Yeah, I got to get the heater down. If I get it down it’s a ground ball to short.”

Capps was asked how comfortable he is entering tie games.

“My mindset is not any different, tie game or lead or anything like that,” he said. “There’s been a couple times when, especially here at this park, where pitching in a tie ballgame hasn’t worked out for me, but there have been times in the past when it has.”

Liriano did have a no-hitter through five innings, but it was rather laborious. Norichika Aoki hit the dirt in the first inning when a Liriano pitch went up and in. Weeks was nailed in the left knee in the second inning. Liriano racked up some strikeouts but he walked four batters and had a lot of deep counts. But the Twins led 2-0 after Plouffe homered and Alexi Casilla added a RBI single.

Liriano opened the sixth by walking No. 9 hitter Edwin Maysonet. Two batters later, Carlos Gomez walked — and he entered the game with four walks in 43 games. Ryan Braun then hit a hanging 0-2 slider an estimated 428 feet to center, giving Milwaukee a 3-2 lead.

Plouffe homered in the sixth to tie the game. He’s the first Twin to homer in four consecutive games since Jim Thome in 2010. He also has eight home runs in interleague play, breaking the club record set by Torii Hunter in 2005.

“He’s swinging the bat as well as I’ve ever seen anybody swing the bat for a 20-game stretch,” said Braun, who has known Plouffe since childhood and works out with him during the offseason.

“We gave up two big home runs,” Gardenhire said. “A three-run and a two-run. And it ended up costing us the game.”