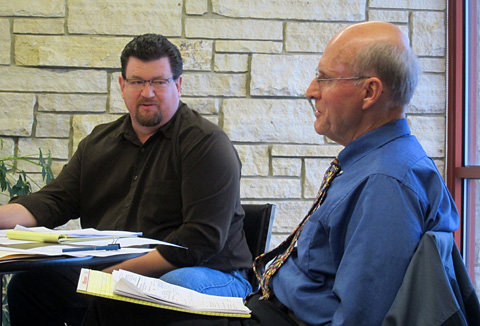 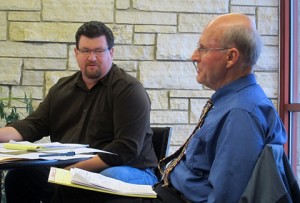 Attorney James Locher, representing the landfill, brought a contract to the committee that he had negotiated with the attorney for ERS, Jacqueline Aurthur, and presented that and went over it point by point.

ERS is proposing a long-term contract with the landfill, diverting trash and waste that would normally be deposited there to a new plant that they would build on the south side of Mason City. ERS wants to convert the trash to syngas using a process called pyrolysis, creating electricity that they would sell to Alliant Energy. It was stated at the meeting that ERS has no deal signed yet with Alliant energy.

The contract Locher brought lays out the overall deal and all the specifics and details about the functionality of how trash will be diverted to and from the landfill and the ERS plant, the length of the contract and when a new deal would be negotiated in the future.  The contract details are still being negotiated and could change before a vote by the landfill board is taken.

The landfill is one of several hurdles that ERS must pass before their $35 million dollar plant can become a reality. They have passed some of those hurdles, including securing a deal to buy the land the plant would be built on; negotiating a deal with Alliant, which they say is ready to be signed; and the Mason City Zoning Board of Adjustment, which awarded them a conditional use permit. The Iowa Department of Natural Resources must grant a permit to ERS, and the Mason City City Council needs to OK the project as well.

The landfill board will vote on this contract Thursday. It could be a very close vote. It was stated at this meeting that even if the overall landfill board approves the contract, 28E agreements with each community would need to be amended, and it is possible that many small communities will not do that.  The board learned of the contract at a meeting earlier this month.  Read that story here.

Watch the board talk about the ERS contract with their attorney: