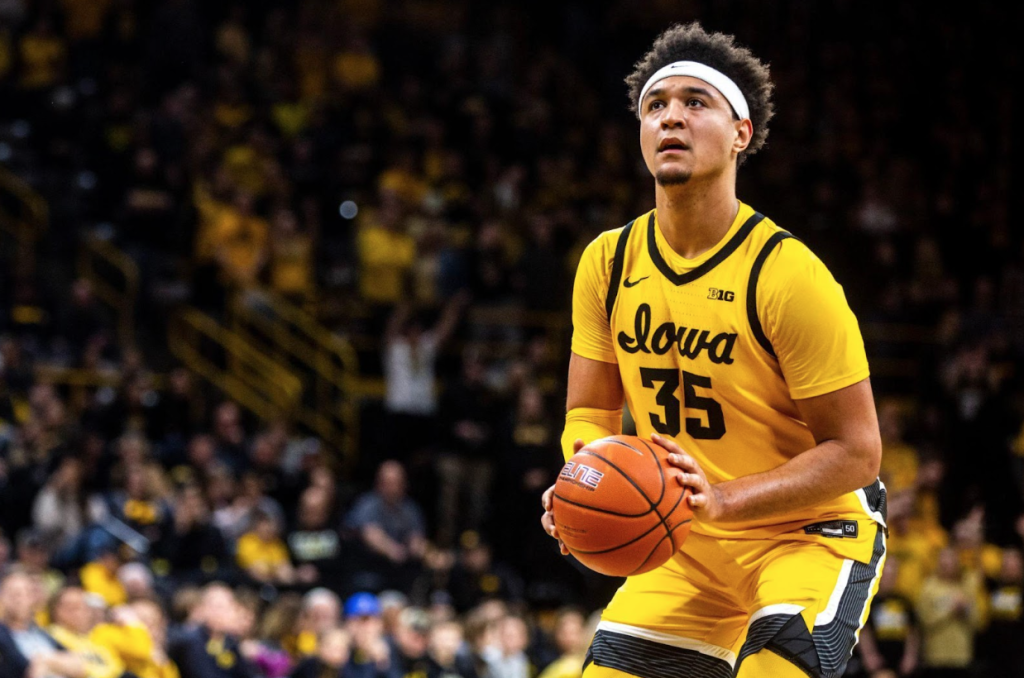 Big 10 Basketball season is heating up, and as usual, the league is filled with quality teams. ESPN’s Joe Lunardi has ten schools from the conference making it to March Madness in his most recent Bracketology. The Athletic goes one better and has eleven teams making the tournament. KenPom ranks conferences by the average adjusted margin (adjusted offensive efficiency minus adjusted defensive efficiency) of a hypothetical .500 team in the conference. By this metric the Big 10 ranks second to only the Big 12.

While the strength of the league is near parity among quality teams, the big weakness is the lack of teams near the top of the rankings and as betting favorites to win the title. Purdue ranks fourth in NET rating and fifth on KenPom, but then it drops off to Rutgers at 18th on KenPom and 21st on NET.  Here are the odds on some Big Ten teams to win the NCAA title this season, courtesy of BetMGM.

Beyond Purdue, everyone prices as an extreme longshot. New customers in the Buckeye State can take advantage of Ohio sportsbooks. Just sign up, deposit funds, and place a bet. If the wager wins, collect the proceeds. If not, the sportsbook replaces the funds in the form of free bets up to the dollar amount lost, usually with a maximum of about $1000.

Ohio State poses an interesting if not high risk tournament profile. They rank 21st on KenPom and 30th in NET, which puts them safely in the field as far as quality of play is concerned. The problem lies in their record, which sits at 10-8, including five straight losses in Big 10 play. The committee values quality games and, of course, winning some of those quality games. Quad 1 games are those vs a top 30 NET team at home, a top 50 NET team on a neutral site or a top 75 NET team on the road. The Buckeyes are just 2-6 in Quad 1 games. Their best wins are a home victory over Rutgers and a road win at Northwestern and neither are locks to remain as Quad 1 wins. They will get plenty more chances facing the Big 10 gauntlet, but will need to start winning some of those games if for no other reason than they will need to take over half their games overall to have a shot at getting into the field.

The Buckeyes rate as one of the best offenses in the country as their KenPom adjusted offensive efficiency of 117.4 pts per 100 possessions ranks 11th in the nation. They excel at hitting threes, as their 38.2% mark ranks 18th, and defending threes as their opponents shoot 29.1% from behind the arc. 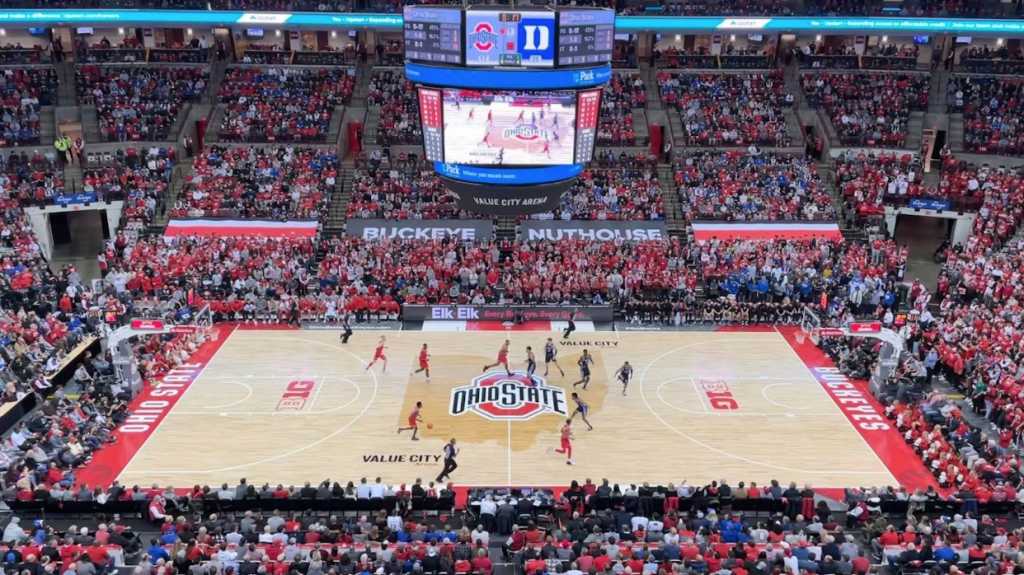 Again,they have to make the tournament first. Both ESPN and the TheAthletic have Ohio State in the Play-in games, which means they have little margin of error. The upcoming schedule includes back to back road games at Illinois and Indiana with trips to Michigan State and Purdue later on. The only “weak” teams in the Big 10 are Minnesota and Nebraska and Ohio State has lost to both and will not play either again, so no breaks in sight.

KenPom projects the Buckeyes to finish at 17-14, and 9-11 in the Big 10. That will likely get them into the tournament if it plays out that way thanks to their super tough schedule.

Their Saturday opponent Iowa ranks a bit lower at 31st in KenPom and 35th on NET, but has a much firmer tournament case as they sit 12-6 overall, 4-3 in Quad 1 games and 4-3 in the Big 10. Their resume includes high quality wins home vs Iowa State and away at Rutgers. Barring any sort of collapse, Iowa has a solid tournament portfolio. ESPN and The Athletic both tab the Hawkeyes at seventh seeds.

Junior Kris Murray leads the way with 21.2 PPG on 37% shooting from three, in addition to 9 RPG. He has almost replicated the stat line of his twin brother Keegan, who went 23.5 PPG, 39.8 % 3P% and 8.7 RPG at Iowa last year then went as a lottery pick to the Sacramento Kings. Four other Hawkeyes average in double figures, although one of them, Patrick McCaffery, has taken leave from the team to address mental health issues (wishing him the best). McCaffery’s dad Fran coaches the team and his brother Connor leads the team in assists and steals.

It all adds up to the nation’s fifth best adjusted offensive efficiency at 118.5. They do not excel by being particularly great at anything beyond protecting the ball and utilizing their possessions.. They rank fourth in lowest turnover percentage at 14% and first in non-steal turnover percentage at 5.6%. Defensively they do well keeping their opponents off the foul line.

Ohio residents can bet on all the games now, plus NCAA tournament and Big 10 futures markets and any and all props that list. Right now the books have Tournament winner, Final 4, and conference title futures. Going forward they will post futures on the Big 10 tournament as well as team futures on Sweet 16 and Elite 8 once the brackets come out. There is a lot to look forward to as football winds down and college hoops heats up.