ROCKWELL – A North Iowa woman with numerous recent run-ins with the law was arrested and banned from a Rockwell grocery store this week.

According to a report, Jennifer Anne Roberts, 21, was reported to police by Dugan’s grocery store staff to have stolen a bottle of alcohol from the store on February 6th.

When located at Rockwell gas station, police stated that Roberts “appeared to be intoxicated, unsteady on her feet, smelled of an alcoholic beverage, and slurred speech.”

After a Rockwell police officer allowed Roberts to use a restroom at the same location, police said “a female staff member at the store checked the area and found the bottle of absolute vodka” as well as “an almost empty bottle of (kinky liqueur)” on her person. The booze was taken into evidence.

The report also stated that Roberts “was advised that she is no longer welcome in Dugan’s and that she will be charged with criminal trespass if she goes into the business in the future.”

Roberts has been charged with fifth degree theft and public intoxication in this incident.  She plead not guilty and faces a trial on February 28th.

Roberts has also been charged with public intoxication on February 5th of this year in a separate incident; she plead guilty and owes $330.oo to the courts in fees and fines.

Roberts plead guilty to a public intoxication charge after a January 31st incident.  She owes $465.00 in fines and fees from that incident.

In yet another incident, Roberts plead guilty to public intoxication after a January 25th incident.  She received a day in jail and court costs of $60.00.

Not to be completely finished, Roberts plead guilty to trespassing and public intoxication after a January 16th incident in Mason City.  She owes $390.00 in fines and fees from that incident. 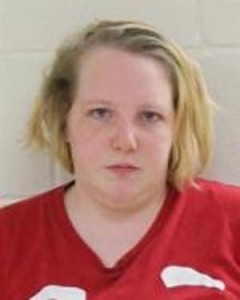