Iowa was in command for most of the game, building a slight lead then expanding to 14 points with just over 7 minutes to go. A furious Clemson comeback was thwarted by cloth free throws from guard Tony Perkins.

Kris Murray wasn’t his usual explosive self in this game, but he recorded his second double-double of the season and third of his career with 10 points and a career-high 12 rebounds.

Junior Tony Perkins returned to the lineup and scored all 11 of his points over the final 12 minutes of the game. Perkins was 9-of-10 from the foul line and made his one field goal with 95 seconds remaining in the contest to break a 64-64 tie.

Iowa outscored Clemson 20-10 in second-chance points, including an 11-0 advantage in the first half.

True freshman Dasonte Bowen provided a spark off the bench, registering a personal-best nine points, including two clutch buckets in the second half.

The Hawkeyes had the edge on the glass, outrebounding the Tigers 46-32. The +14 advantage tonight is Iowa’s highest rebounding margin of the season.

Iowa returns to action tomorrow against TCU/Cal in the championship game of the Emerald Coast Classic at 6 p.m. (CT). The game will be televised live on CBS Sports Network. 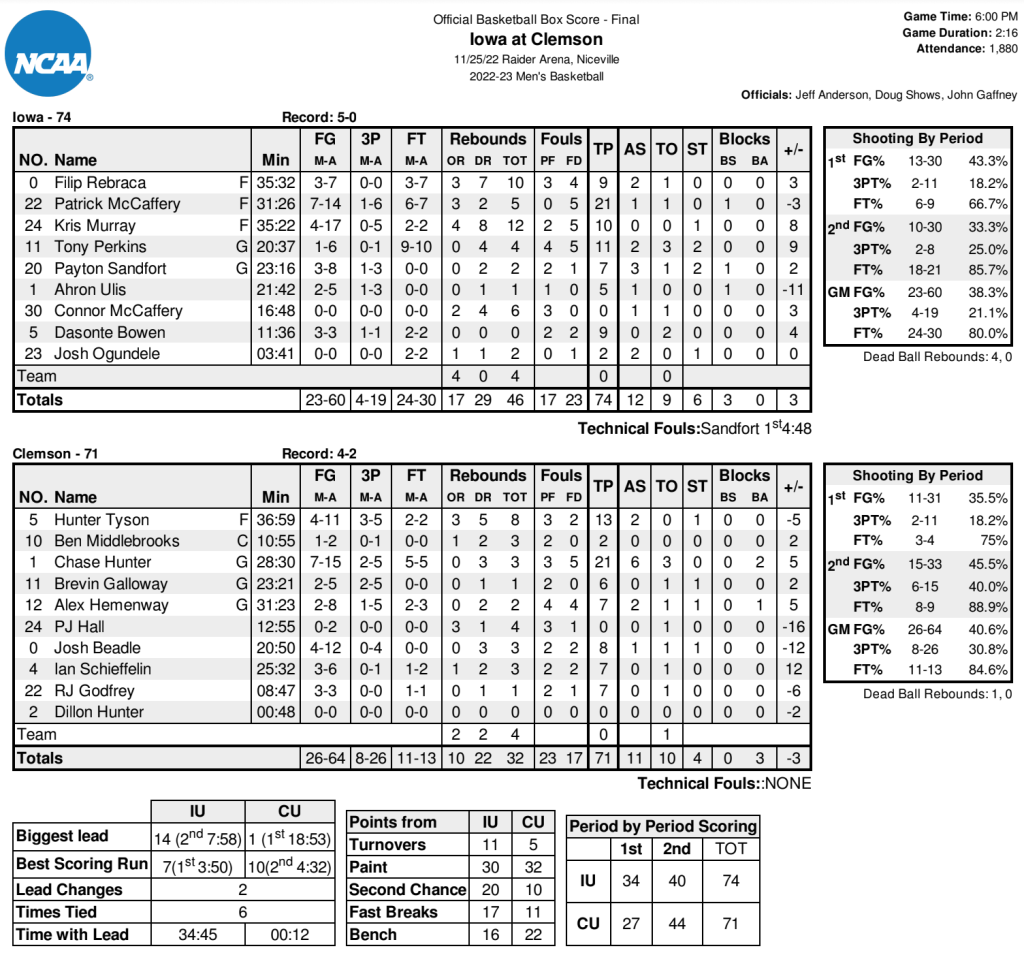