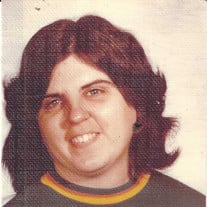 Clear Lake-Donita Jeanne Spilman passed away September 19, 2022 at age 78 at her home.

A funeral service will be held 2:00 p.m. Thursday, September 22nd 2022, at Ward Van Slyke Colonial Chapel, 310 1st Ave. North, Clear Lake, Iowa, with Chaplin Jason Peterson officiating. Visitation will be held one hour prior to the service at the funeral home on Thursday. Burial will be in Clear Lake Cemetery, Clear Lake.

Donita was born September 12,1944 at Mason City, Iowa. Her parents were Dale and Audrey (Rhodes) Spilman. She lived on the farm near Clear Lake, and later on the farm near Thornton. She attended Union # 7 Country School, Swaledale School, and Thornton High School. Later she attended Des Moines Vocational School.

Donita enjoyed helping her dad on the farm. She also enjoyed riding her bicycle, playing with her dogs, and listening to music on her radio. Sometimes she would attend the teen dances at the Surf Ballroom. She was a proficient writer of letters and in her daily journal, always with proper spelling and punctuation.

In 1995, she became a day client at Opportunity Village’s Morning Sun Cottage. A year later, Donita would call Pioneer Cottage her home and have full-time employment at the Village Center. Occasionally, she volunteered at the Village General Store, and was a bell-ringer for the Salvation Army. She donated money to the Central Gardens, Clear Lake Arts Center, Vietnam Veterans, Clear Lake Fire Station, and others. In 2018, she became a resident of a One Vision house on Blake Drive in Clear Lake.

Donita loved going to movies (if the movie wasn’t so great, she’d always enjoy the buttered popcorn, candy, and cherry coke)! She also enjoyed going out to eat and shopping for clothes which often she would donate to the Village Store. Furniture shopping also was fun for her. Donita was mostly a minimalist with very little clutter in her room. Her favorite television programs were “The Golden Girls” and “The Waltons”.

Donita kept a close eye on what was happening, always having a subscription to the daily newspaper. She also enjoyed automobile and train travels with her family, including, the states of South Dakota, Colorado, Wisconsin, Illinois, Wyoming, Tennessee, Missouri (Especially Branson where she visited four times), Kentucky, Virginia, North Carolina, Minnesota, and various places in Iowa.

Donita is survived by one brother, David Spilman of Clear Lake, two sisters, Ginny (Dan) Suby of Westgate, IA and Cindy Spilman of Mason City, IA; along with several cousins, nieces and nephews, and Ruth Rhodes, of Fertile, IA.

She was preceded in death by her father and mother, brother Dale Wayne, paternal and maternal grandparents.