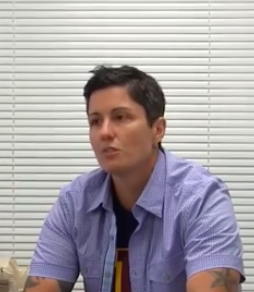 DES MOINES – The Iowa Department of Corrections (IDOC) reports that the three-year recidivism rate for FY2022 is 37.0%; or 1.7% lower than the recidivism rate observed in FY2021.

DES MOINES – The Iowa Department of Corrections (IDOC) reports that the three-year recidivism rate for FY2022 is 37.0%; or 1.7% lower than the recidivism rate observed in FY2021. These numbers show two consecutive years of reduction in the systems overall recidivism rate.

Generally, recidivism is defined as the likelihood that an individual “relapse[s] into criminal behavior, often after the person receives sanctions or undergoes intervention from a previous crime.”[1] Recidivism can be defined in a multitude of ways. The IDOC defines recidivism as an individual’s return to prison within three-years following a previous term of incarceration.

The IDOC recognizes recidivism reduction as a top priority for the agency. While some efforts to curb recidivism are within the Department’s control, some are not. It is imperative that federal, state, and local agencies continue to work together to seek innovations that improve public safety, individual reentry, and community support services.

“I am proud of the hard work the Department of Corrections, and their partners, have undergone to reduce our state’s recidivism rate for the second consecutive year,” Governor Reynolds said. “It is clear, the programs and partnerships that help these individuals begin a new path as an active, productive, and valued member of our society are having a profound impact.”

“We have worked diligently as a department during my time as director to reduce our recidivism rates. To see two consecutive years of decreases in that rate, it shows that what we’re doing is working. With public safety and successful reentry always at the forefront of what we do, I couldn’t be happier with these results.” – Director Beth Skinner Ph.D.

There are numerous department wide efforts that contributed to the reduction in recidivism rate, which include but are not limited to: