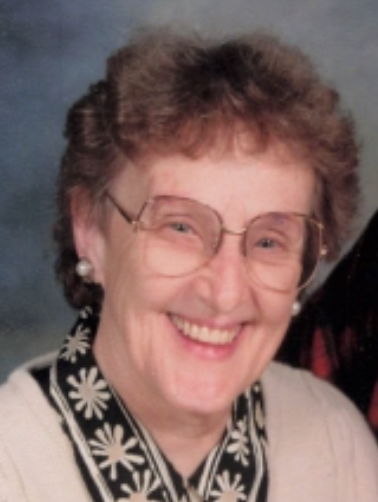 LaVonne A. Jones, 83, passed away September 1, 2022, at Mercy One Medical Center North Iowa with a daughter by her side.

Visitation for family and friends will be held at Major Erickson Funeral Home, 111 N. Pennsylvania Ave., on Wednesday from 4 to 7 p.m. Funeral services and luncheon will be held Thursday at St. James Lutheran Church, 1148 4th St. S.E., beginning at 11 a.m with a one hour visitation held prior to the service.

LaVonne was born in Hampton, Iowa to Lloyd and Sophie (Kofoot) Conover on September 28, 1938. A sister, Lorna was born two years later and the two became life-long friends. One of the perks of having a father work for the railroad were the free weekend trips to visit Grandma Kofoot in Rockwell.

The family moved to Mason City, where LaVonne finished her schooling and graduated from Mason City High School in 1957. It was here that she met Roland Jones and the two were married on June 28, 1959. The couple brought five children into the world.

LaVonne’s first job was as a secretary in the office of Meyer Wolff & Sons. After her children were born her job title was “Devoted Mother” until she returned to the workforce in 1985, getting a job at the newly opened Shopko in Mason City. Her smiling face will most often be remembered behind the register in the Shopko Pharmacy. She could greet every customer by first name and probably knew their family history by the end of each visit.

She played an active role in every organization, sport, concert or recital her children or grandchildren were in. Over the years she was a Girl Scout leader as well as the neighborhood nut and cookie chairman. Her kids remember weaving through walls of boxes stacked to the ceiling until every last box was picked up and delivered. She also served as a Cub Scout den leader for her boys.

When she wasn’t doing something for her children LaVonne had a passion for reading and going to garage sales with her sister or daughters. It didn’t matter if she only came home with a new coffee mug for her collection, it was just the joy of being out with her family.

Church was a big part of LaVonne’s life. She was active in several church circles and was often the first person anyone called if they needed a cake or casserole or help in the kitchen for a funeral or other events.

The one word her children used to sum up their mother was “generous.” She was generous with her time, resources and open heart. Even her children and grandchildren’s friends became part of her family as well and no one will ever be able to say they left her home hungry. That was no easy feat as her family included 14 grandchildren, their spouses and significant other and four great-grandchildren.

Work was her passion but family was her life and every child and grandchild has a story to share of how her love and support touched their life and made them better.

She is preceded in death by her husband Roland Jones; parents Lloyd and Sophie Conover of Mason City; parents-in-law Fred and Mary Jones and Cecil Shreckengost of Mason City; granddaughter Alexandra Loden and grandson Patrick Furleigh; and son-in-law James Furleigh.