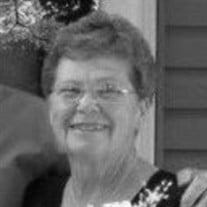 Delores “Dee” Coleman, age 81 of Livermore, passed away on Tuesday, July 26, 2022 at the Iowa Specialty Hospital in Clarion. A Visitation will be held on Monday, August 1, 2022 at Faith United Methodist Church in Humboldt from 4:00 until 7:00 PM. A Memorial service will be 2:00 PM on Tuesday, August 2, 2022 at the Faith United Methodist Church in Humboldt. A celebration of life will be held immediately following the church service at River Valley Winery. This celebration is just as important to Dee as the service itself. Please join us to share stories and friendships with our family.

Delores Kae Book, Dee, Dody, “Gram the WeatherMam” Coleman was born June 4th 1941 in Laurens, Iowa to Wilbur and Esther (Skogstrom) Book. She was the youngest of 3 and the apple of her mom’s eye. She graduated from Fort Dodge High in 1959 and immediately began employment with George A Hormel Company where she worked for 20+ years.

As a child, Dee’s passion was music. She taught herself to play guitar and went on to having a radio show by the age of 14. In the years that followed she was most well known for her time on the KQTV/ KVFD Barn dance which was televised for nearly 20 years. The show went off the air in 1972.

In 1961 She gave birth to a daughter Kelly, and 1968 Krystal came along. The girls became Dee’s pride and joy. In 1974 Dee married Richard (Dick) Coleman in a private ceremony in Vermillion, South Dakota. They later moved to Livermore where she kept books for several local businesses and was employed at that time by Mid Iowa Regional Housing. Dee and Dick were married for 47 years! Together they grew a business in antiques, collectibles and estate sales. ( They made alot of great friends along the way)

In 2004 she was inducted into the Iowa Country Music Hall of Fame. Through a Grand Old Opry member and friend Billy Grammar, she had the pleasure of spending time back stage meeting MANY country music legends such as Lorretta Lynn, Merle Haggard, Buck Owens, Porter Wagoner, Johnny Cash and her favorite; George Jones.

Dee dedicated her life to God and was a faithful servant sharing his word through every person she encountered. She was an active member of the United Methodist Church and President of the UMC woman for many years. She went on to become a certified Lay Speaker and Servant, preaching many services and sharing many stories in communities far and wide. Dee came by this calling naturally, just as her ancestors had done for many many generations. About 9 years ago, she united local musicians to form a non-denominational Christian outreach program in which they called Cowboy Church. Dee poured her heart and soul into the group so much so that people from everywhere would come to have faith nourished.
Dee was blessed with a quick mind and was an awesome storyteller! She wrote many mystery theatres as well as writing and having published her own books about her faith and experiences. She felt blessed to have what she called “happenings” in her life. She always felt that God shared a glimpse of what would lay in store for her and others through those happenings. It was her hope that everyone could be receptive and that she was able to pass some of that learning onto others. It is obvious that her duty here on earth was to prepare others for the promised land. She cooked, cleaned, donated, organized, worked, and served. She was ALWAYS helping someone in need.

Dee went to be the Lord on July 26, 2022 in Clarion, Iowa after a brief but raging battle with cancer. She was courageous and strong (and a little bossy) right up to the end. Dee passed peacefully with her daughter at her side.

Left to honor the love and life of Dee is her loving Husband Dick, and daughters Kelly (Lonnie) Short, of Bode; Krystal (Bob) Wagner of Humboldt; Stepchildren Richard (Michelle) Coleman of Seneca; Robert Coleman of Iowa City; and Gina (Dave) Myers of New Prague, Mn; She will forever be remembered by 13 grandchildren, 18 great grandchildren and every person with whom her goodness and mercy was shared.

Those meeting her at the gate include her Grandson Shane, great grandson Parker, Maynard, Lani, and her friends Wilda, Esther, Glo, Anita, Doris, Gayle, and hundreds of other friends and family.