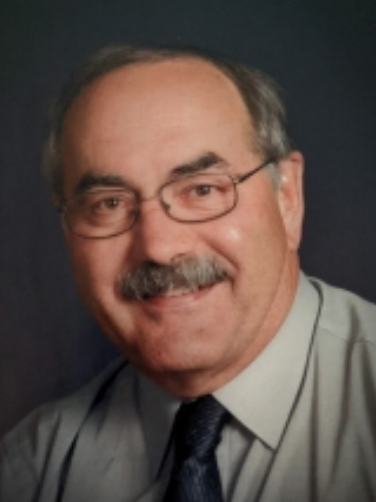 John Roger Martin, 71, of Mason City passed away on Tuesday, June 28, 2022, at his home surrounded by his wife Donna and their family after a short battle with stomach cancer. A funeral service will be held at 2 p.m., Saturday, July 2, 2022, at St. James Lutheran Church, 1148 4th St SE with Pastor Sid Bohls officiating. Visitation will be held from 12 to 2 p.m., Saturday, July 2, 2022, at St. James Lutheran Church. Inurnment will be held in the Rockford Riverside Cemetery at a later date. Memorials may be directed to the family of John Martin.

John was born on April 29,1951 to Harold and Gloria (Floy) Martin. He attended Rockford High School and graduated in 1969. He graduated from North Iowa Area Community College in 1971 with his Associates of Arts degree and went on to attend Iowa State University where he earned his Bachelor of Science in Farm Operations. He married the love of his life Donna Troester on June 23, 1973. They farmed between Rockwell and Rockford until 1986. They were blessed with four children – Andy, Beth, Chris, and Steven. John worked at Iowa Mold and Tooling in Garner for 34 years retiring in 2019. He also worked part time at Rose Bowl off and on from the early 1970’s until early 2000. Most recently he worked fixing windows and window screens at Ace Hardware and delivering flowers for Baker’s Floral.

John was very active in bowling prior to starting his family and enjoyed bowling in the league. Once his children became active in things he was seen at many softball and baseball games around Mason City. He was devoted to his children and was a proud supporter of the Mason City High Bands and Choir for which his children participated in. John was also involved in Scouts starting as Den Leader for sons Chris and Steven and becoming a Scout Leader for Troop 12 for all three boys. All three boys went on to be Eagle Scouts and John was a part of the Order of the Arrow. John was active in his church at St. James Lutheran. He was involved in the youth program when his children were younger. He was always available to help set up and take down chairs, but enjoyed standing near the coffee pot and just visiting.

John enjoyed traveling and was able to see a lot of the United States. His sister Nancy and her husband Denny were his and Donna’s travel companions after their children were grown and took several vacations together. He adored his grandchildren and attended events in Waterloo, Evansdale, and Cedar Rapids for all of them. Family was the most important thing to John.

John enjoyed reading, watching old westerns, and collecting 1/64th scale Ertl tractors. He had over 300 in his collection and could tell you about all of them. He took pride in his lawn, mowing it every couple of days. He also LOVED his Christmas light display and could talk you through each piece around the yard.