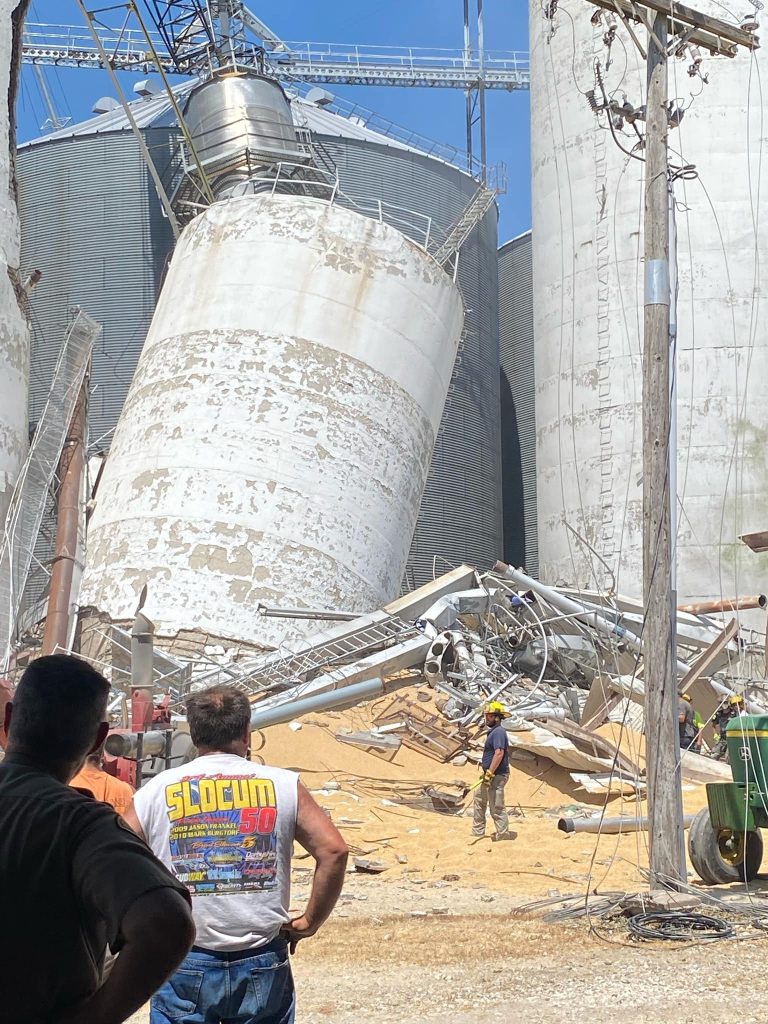 On Tuesday, June 21st, IA-TF1 was requested by Des Moines County Emergency Management Agency to respond to Yarmouth, Iowa for a structure collapse. A soybean silo slated for demolition had collapsed and one worker was unaccounted for.

Once on scene, the team performed reconnaissance and the K9s worked the pile. The main task was working alongside local first responders and heavy equipment operators already on scene to ‘delayer’ the debris pile. Members used saws and torches to piece out the twisted metal and concrete, assist the crane and heavy equipment operators with removing the pieces, and working the vacuum trucks to remove the soybeans.

The first operational period ended at 11:00 PM when seven more SCTs and the Task Force Director replaced the first team. The second team worked through the night and was replaced with an additional four SCTs around 8:00 AM.

The missing person was found deceased around noon on Wednesday, June 22nd. They were quickly and carefully extricated at 12:30 PM and passed over to an awaiting ambulance crew.

The Iowa Task Force thanked everyone involved for their assistance, professionalism, and hospitality during the entire 30 hour operation.