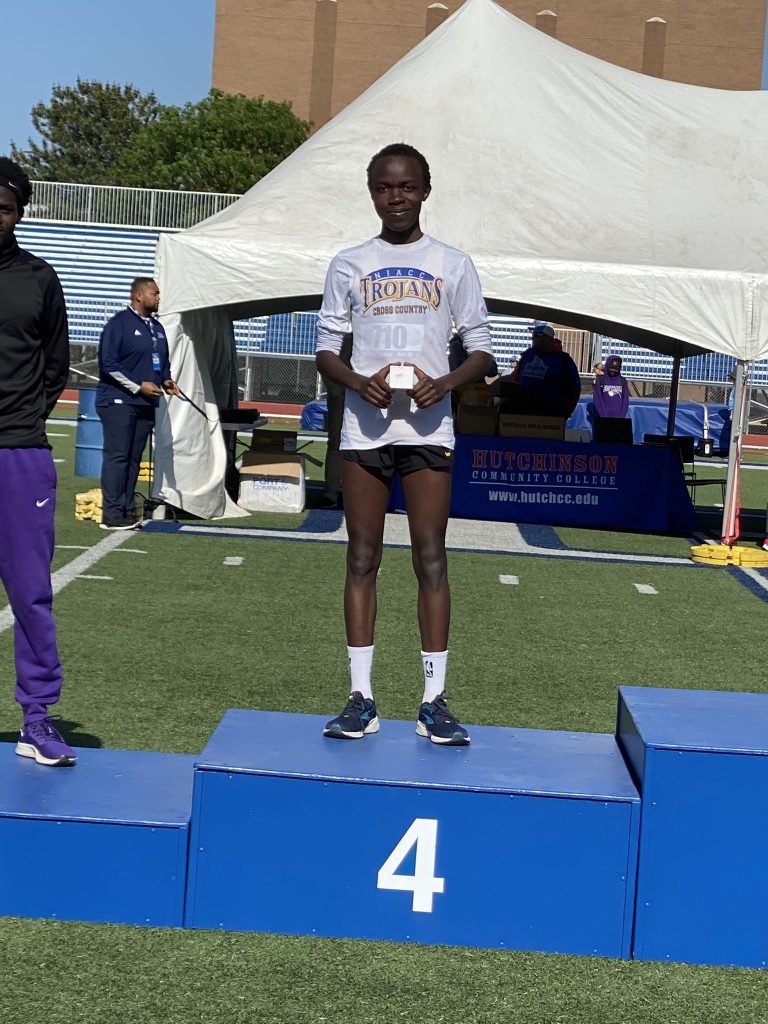 HUTCHINSON, Kan. – Another race at the national meet, another top-eight finish for NIACC’s Melvin Kipkemboi.

Kipkemboi, a sophomore from Rift Valley, Kenya, wrapped up his brilliant NIACC career with a fourth-place finish in the 5,000-meter run Saturday afternoon at the NJCAA Division I national championships in a time of 14 minutes, 40.97 seconds. It was the sixth time that Kipkemboi earned USTFCCCA all-American honors by placing in the top eight at the national track and field meet.

The fourth-place finish by Kipkemboi in the 5,000 was the highest finish for a NIACC men’s athlete at the national outdoor meet since Wal Khat won the 800-meter run in 2017.

On Friday, Kipkemboi placed seventh in the 3,000-meter steeplechase in a school record time of 9:29.06.

Also Saturday for the Trojans, sophomore Randry Mugisha was 11th in the javelin with a toss of 137-7. Kameron Glasper was 16th in the discus (142-4).